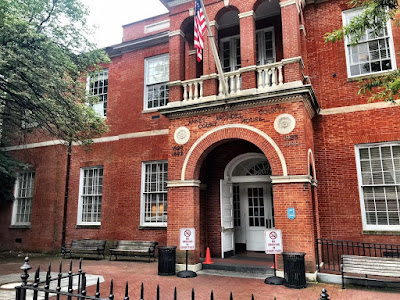 On September 29, 2019, an officer with the Maryland Department of Transportation working at the BWI-Thurgood Marshall Airport was alerted by Sacramento law enforcement about a passenger flying in from Sacramento with a large amount of Marijuana hidden in a luggage bag. Authorities provided pictures of the bag with the marijuana inside, as well as pictures of the passenger, who was later identified as Alexus Malaia Coleman, 22, of Slate Way in Hagerstown.

Upon Ms. Coleman's arrival, the officer and his canine partner conducted a narcotic scan of the luggage bag which was labeled to Ms. Coleman.  The scan returned positive and the luggage was then sent through the baggage belt.

Ms. Coleman was observed taking possession of the bag from the belt, then attempting to exit the airport.

When officers approached Ms. Coleman and asked if she had anything illegal in the bag, Ms. Coleman replied no, according to court documents obtained by Report Annapolis.  Officials say Ms. Coleman then consented to a search of the luggage bag, and as a result, nearly twenty pounds of marijuana in individual bags were recovered.

In avoidance of a jury trial previously scheduled for February, Ms. Coleman plead guilty in open court on Friday to at least one of the three charges against her.  Report Annapolis was unable to confirm the specifics or details of the plea, although a sentencing hearing has been scheduled for April 30, in the Circuit Court for Anne Arundel County.

Ms. Coleman plead guilty in 2017 to a charge of theft: less than $1,000 value and was sentenced to a period of supervised probation and 40 hours of alternative community service, according to court records.