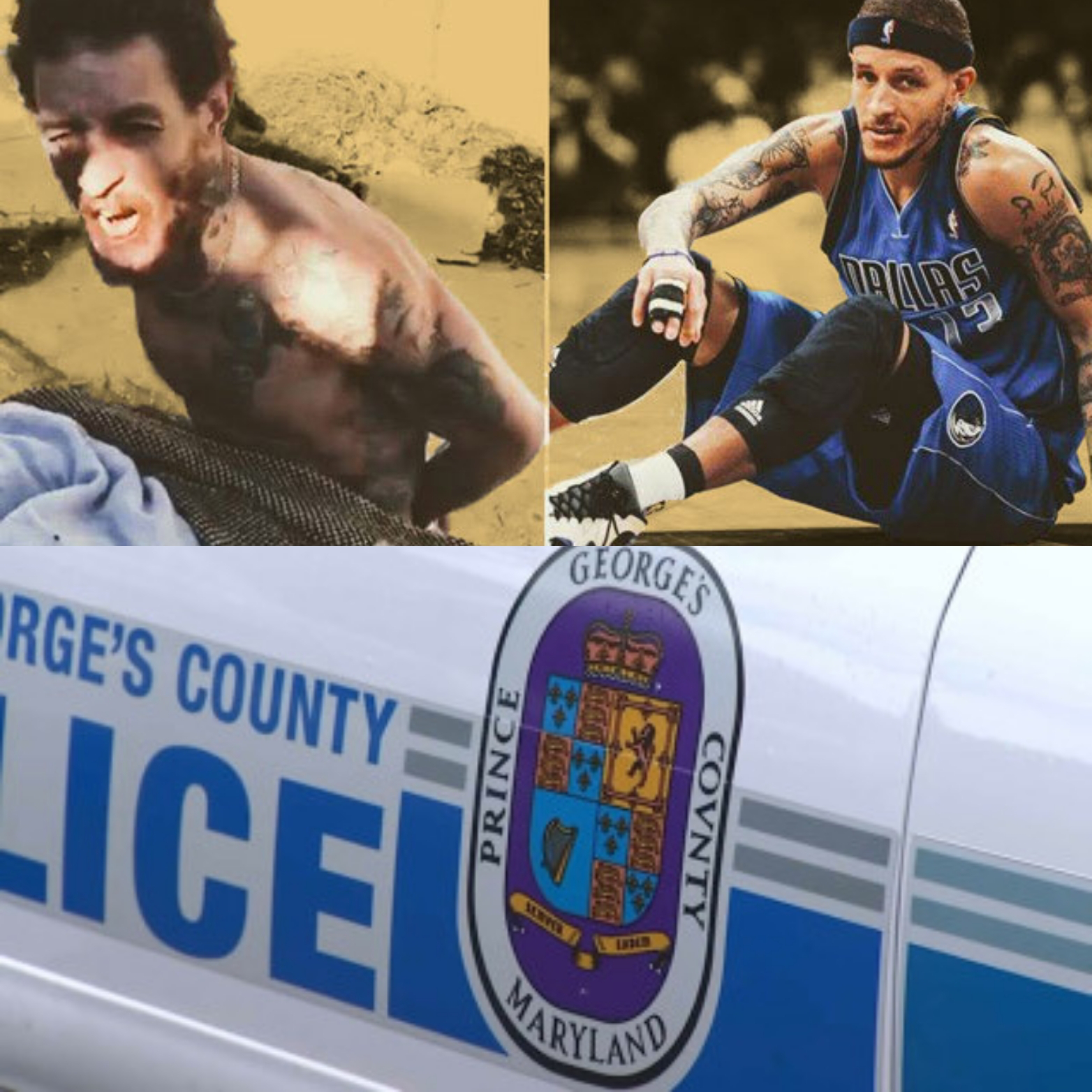 Police in Prince George County are sharing new details about now-viral videos that show former NBA star Delonte West being beaten by a man on a highway. The Prince George's County Police Department said they are investigating after one of its officers recorded and released video that showed West in handcuffs. The officer has been suspended.
On January 20th, at approximately 9:45 am, the Prince George’s County Police Department responded to the report of a fight in Oxon Hill. The caller advised the fight involved two men and had occurred in the 6700 block of Oxon Hill Road.
When officers arrived on the scene, the two men were already separated and no longer involved in a physical altercation. Officers observed that one of the men was bleeding from his face and made the decision to handcuff the second male while the patrol officers began their on-scene investigation.
The officers spoke to both men as well as an independent witness who was on the scene. That witness advised she saw both men fighting with one another. She told officers that she observed the handcuffed male first hit the other with a glass bottle and that man responded by striking the one who had thrown the bottle several times. A portion of the fight was recorded on a cell phone by a witness.
When officers spoke to both males, they learned that the men were known to one another. They had also been involved in a separate dispute earlier that morning. That dispute continued when one of the men spotted the second male, who was the one later placed in handcuffs, walking on Oxon Hill Road approximately one-half hour later.
Officers requested emergency medical personnel to respond to the scene to check on both men. When the ambulance arrived, both men refused medical assistance or transport to a hospital.
Prince George’s County Police detectives were called to the scene by patrol officers. The detectives spoke to the independent witness, reviewed the portion of the altercation that was recorded on cell phone by an independent witness, and spoke to both men. They both refused to press charges against each other and refused to cooperate with detectives. No weapons were recovered.
The on-scene investigation continued for approximately 45 minutes before both men were released from the scene and advised they had the option to press charges against one another via a district court commissioner. Under Maryland law, individuals have up to one year and a day to seek charges through a commissioner.
Today at 12:15 pm, we learned the video that is currently on social media depicting the male in handcuffs was recorded by a Prince George’s County Police officer. The circumstances surrounding the recording and release of that video are now the subject of an internal investigation. That officer is now suspended pending the outcome of this investigation.