Man Convicted After Jury Trial of Involuntary Manslaughter, Reckless Driving, and Related Charges in Connection with a Fatal Crash Which Killed Three-Year-Old Girl 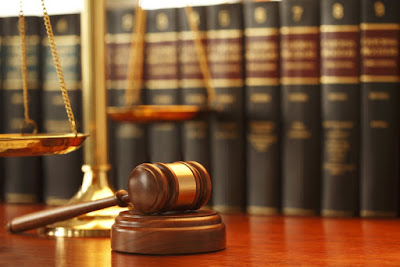 A federal jury today convicted Christopher Andrew Smith, age 30, of Beltsville, Maryland, after a two-day trial of involuntary manslaughter, reckless driving, driving without a license, and failure to place a child in a safety seat, in connection with a fatal car crash on the Baltimore-Washington Parkway on February 5, 2018, in which a three-year-old child was killed.

According to the evidence presented at trial, on February 5, 2018, Christopher Smith drove a 2011 Nissan Altima on the Baltimore-Washington Parkway.  Smith was accompanied by an adult male and that man’s three-year-old daughter.  An eyewitness reported that Smith was driving at a high rate of speed when he attempted to pass the witness’s vehicle on the right shoulder, near the exit for Route 198.  Smith lost control of the vehicle on the shoulder then swerved into the left lane of the Parkway before crashing into a tree in the wooded median.  Smith and the male passenger were found partially ejected from the vehicle suffering from critical injuries.  The two adults were evacuated to hospitals by helicopter for treatment.  The three-year-old girl, who was not secured with a car seat or seatbelt, was ejected from the vehicle and was located in the woods a few feet away.  She was pronounced dead at the scene.

Smith faces a maximum sentence of eight years in federal prison for involuntary manslaughter; and a maximum of six months in federal prison each for reckless driving, driving without a license, and failure to place a child in a safety seat.  Actual sentences for federal crimes are typically less than the maximum penalties. A federal district court judge will determine any sentence after taking into account the U.S. Sentencing Guidelines and other statutory factors.  U.S. District Judge Paul W. Grimm has not set a date for Smith’s sentencing.