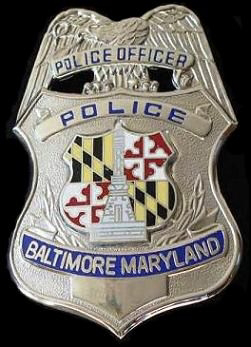 A federal grand jury has indicted Robert Hankard, age 43, of Baltimore, Maryland, on federal charges related to allegations that he provided a BB gun that he knew would be planted on a suspect, that he falsified an application for a search warrant and an arrest report in a second incident where drugs were planted on a suspect, and that he falsely testified to a federal grand jury in a federal investigation.  The indictment was returned on January 14, 2020, and was unsealed at his initial appearance today.
According to the five-count indictment, Hankard has been a member of the Baltimore Police Department (BPD) since 2007 and was promoted to detective on March 20, 2014.  In 2014 and 2015, Hankard served on a Special Enforcement Section (SES) unit assigned to the BPD’s Western District.  On the evening of March 26, 2014, Hankard, who was not on duty that day, received a call from his partner, who advised him that Sergeant W.J. had been “hemmed up” in something and asked Hankard if he had any “toys” or “replicas.”  Hankard understood that his partner was asking for a BB gun or air soft gun so that it could be planted on a suspect.  Hankard advised that he did have a BB gun.  Hankard’s partner came to Hankard’s house and Hankard provided him with the BB gun, which was subsequently planted at the scene of the arrest of D.S., whom Sergeant W.J. had run over after chasing D.S.  No guns or drugs were recovered from D.S. at the time of his arrest, but drugs were recovered from D.S. at the hospital, where he had been taken in the custody of the Baltimore Police officers.  D.S. was charged with possession, use, and discharge of a gas or pellet gun, for the BB gun that was planted at the scene of D.S.’s arrest, and a number of drug offenses.  D.S. was detained on those charges until at least April 2, 2014, and the charges were dismissed on January 16, 2015.
As detailed in the indictment, on September 24, 2015, Hankard arrested D.B., a target in a drug investigation, as he sat in his pick-up truck in a motel parking lot.  The indictment alleges that after removing D.B. from the vehicle, Hankard and his partner searched the vehicle, but no drugs were found.  Other officers on the scene allegedly went into the room where D.B. had been staying and found a woman, B.J., a large quantity of heroin that had not yet been packaged for distribution, and a small quantity of cocaine that had already been packaged for distribution.  The officers had not obtained a search warrant before entering the room.  After learning that no drugs had been found in the truck, the indictment alleges that another officer, with Hankard’s permission, planted some of the cocaine found in the motel room in D.B.’s truck, in order to justify the arrest of D.B. and B.J. and the entry into the motel room.
According to the indictment, Hankard subsequently wrote a search warrant for the motel room, which contained several false statements, including that his partner had “observed in plain view, a clear tied bag, that contained small zip lock bags (with red dice logo) of suspected cocaine (after opening the clear bag, it revealed 10 ziplock bags total)” in D.B.’s truck; that D.B. was seen throwing the package of suspected cocaine to the floor of the vehicle; that after making sure the motel room card key worked, detectives had secured the room pending a search warrant; and that Hankard “believes there is addition suspected controlled dangerous substances (CDS)” in the motel room.
The indictment alleges that after the search warrant was obtained and executed at the motel room, Hankard prepared a false incident report, which was approved by his partner as the “officer-in-charge” at the time of the arrests, even though the SES unit’s Sergeant was on the scene at the time.
Further, the indictment alleges that on February 13, 2019, Hankard falsely testified before a federal grand jury by stating that he had not provided the BB gun to his partner on March 26, 2014.
If convicted, Hankard faces a maximum sentence of five years in federal prison for conspiracy to commit offenses against the United States; a maximum of 10 years in federal prison for conspiracy to deprive civil rights; a maximum of 20 year in federal prison for each of two counts of falsification of records in a federal investigation; and a maximum of five years in federal prison for false declarations before a grand jury.  Actual sentences for federal crimes are typically less than the maximum penalties. A federal district court judge will determine any sentence after taking into account the U.S. Sentencing Guidelines and other statutory factors.