Man, 27, Pleads Guilty To Federal Drug Distribution Charges And To Illegal Possession Of Firearms; Defendant Expected to Be Sentenced to 12 Years in Federal Prison 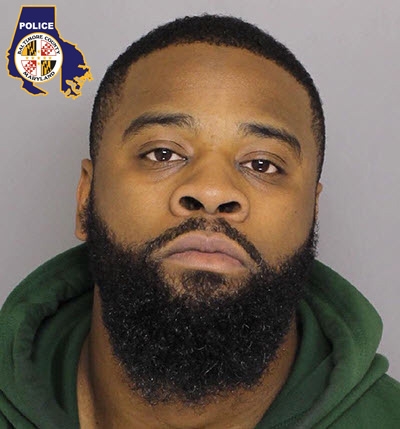 Deandre Laquan Jones, a/k/a “Cuz,” age 27, of Towson, Maryland, pleaded guilty today to possession with intent to distribute controlled substances, possession with intent to distribute drugs near a school, and to being a felon in possession of firearms.
United States Attorney Robert K. Hur stated, “Fentanyl and firearms are a deadly combination, and they are particularly unacceptable near our elementary schools.  We are committed to working with our law enforcement partners to get guns out of the hands of convicted felons and off of our streets, in order to reduce violent crime in our neighborhoods.  Deandre Jones was a convicted felon who chose to sell drugs and possess guns.  He now likely faces 12 years in federal prison, where there is no parole—ever.  Please, put down the guns and save a life—maybe even your own.”
According to his guilty plea, from December 2018 to February 2019, Jones distributed fentanyl, heroin, and cocaine.  On January 31 and again on February 11, 2019, Jones sold an undercover Baltimore County Police officer two “packs” of heroin—each containing 25 gel capsules—for $375.
On February 22, 2019, law enforcement executed a search warrant at an apartment in Parkville, Maryland, which was rented by Tyrell Curry, Jones’ co-conspirator, and was within 1,000 feet of a Baltimore County elementary school.  Jones used the apartment to distribute fentanyl, heroin, crack cocaine, and powder cocaine.  From the apartment, law enforcement recovered two baggies containing a total of approximately 345 grams of fentanyl, cutting agents, digital scales, two kilogram presses, and bags of packaging materials.  In addition, officers found documents and an identification card belonging to Jones, and two empty .40-caliber extended magazines, from which the BCPD Forensic Services Section recovered a latent print of Jones’ left thumb.  In the living room, officers located a coffee table that had been custom-manufactured to contain a hidden compartment secured by a wireless lock.  Investigators later learned that the table had been purchased by, and shipped to, Deandre Jones at the Parkville apartment.  When the hidden compartment in the table was opened, law enforcement recovered plastic bags containing 16 grams of fentanyl, 175 grams of heroin, 185 grams of crack cocaine, and 173 grams of powder cocaine, as well as a .410-caliber handgun and 19 rounds of .410-caliber ammunition.
That same day, BCPD officers executed a search warrant at Jones’ residence and recovered three iPhones in the bedroom, and an AK-47 loaded with 30 rounds of ammunition in Jones’ nightstand.  The firearm had been reported stolen in October 2018.  In his office, officers found a money counter, $13,700 in cash, a one-kilogram block of fentanyl, a loaded 9mm pistol, which had been reported stolen in April 2017, a book bag that contained eight plastic bags containing a total of 1.9 kilograms of cocaine, and five additional bags containing 138 grams of heroin.  A search of Jones’ vehicles recovered two additional loaded firearms and a fourth iPhone.
A subsequent forensic examination of Jones’ iPhones recovered message between Jones and Curry relating to drug trafficking, including discussions about the Parkville apartment, potential customers, sources of supply, possible police surveillance, and ammunition.
As part of his plea agreement, Jones has agreed to forfeit assets obtained as a result of, or used to facilitate Jones’ drug trafficking, including: $13,708 in cash; a 2013 Lexus GS 350; an AK-47 and 30 7.62x39mm cartridges; a double-action revolver and 19 .410-caliber cartridges; two 9mm pistols and 26 9mm cartridges; and a .40-caliber pistol and 13 .40-caliber cartridges.
Jones and the government have agreed that, if the Court accepts the plea agreement, Jones will be sentenced to 12 years in federal prison.  U.S. District Judge George L. Russell, III has scheduled sentencing for April 30, 2020 at 9:30 a.m.
Co-defendant Tyrell Daronte Curry, a/k/a “Mike,” age 28, of Baltimore previously pleaded guilty and is awaiting sentencing.