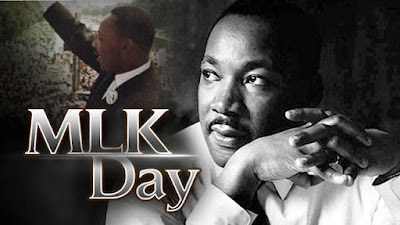 Please note that curbside recycling and refuse collection WILL NOT be affected. The Pip Moyer Recreation Center will operate on its regular schedule.

The Annual Martin Luther King, Jr. Parade, which had traditionally been held in January, has been permanently moved to April due to ongoing weather concerns in January. This year’s parade will be on Saturday, April 4, 2020 and will follow the traditional route through downtown. For information about the parade, please contact parade organizers at MLKParade1@gmail.com.

“I hope people take the day to remember the legacy of Dr. King,” said Mayor Gavin Buckley. “ I ask people to think about his legacy and I challenge City residents to engage in volunteer service in our community.”