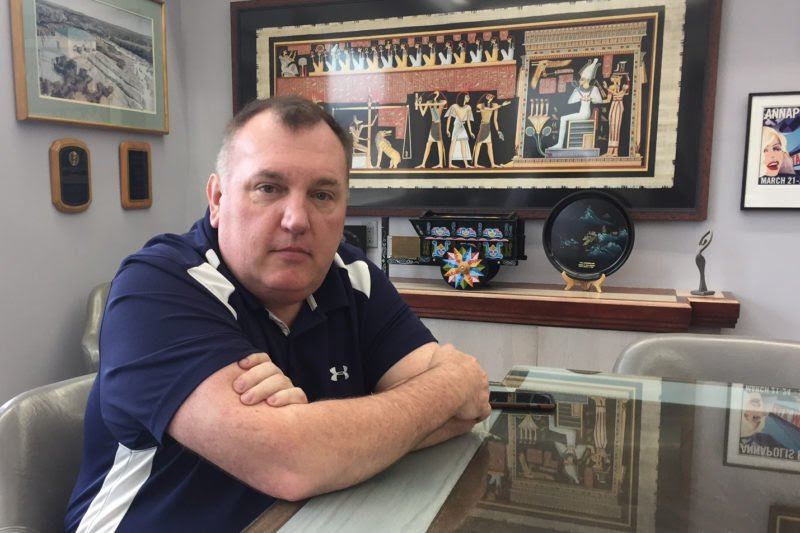 A political consultant from Annapolis was sentenced to three years in prison today followed by three years of supervised release for fraudulently soliciting hundreds of thousands of dollars in political contributions through several scam political action committees (PACs) that he founded and advertised as supporting candidates for office and other political causes.
Kelley Rogers, 56, of Admiral Cochrane Drive, previously pleaded guilty to one count of wire fraud before U.S. District Judge Liam O’Grady of the Eastern District of Virginia.  In addition to the prison sentence, Rogers was ordered to pay $491,299 in restitution and to forfeit at least $208,954 in proceeds obtained from his offense.
According to admissions Rogers made in connection with his guilty plea, from August 2012 through 2018, in the Eastern District of Virginia and elsewhere, the defendant operated multiple PACs, including Conservative StrikeForce (CSF), Conservative Majority Fund and Tea Party Majority Fund.  In that role, the defendant engaged vendors to send e-mail solicitations and make telemarketing phone calls to prospective donors seeking political contributions to his PACs.  Rogers approved the text and other content of all solicitations, and determined how CSF spent the contributions individual donors gave in response to the solicitations.
During the course of his scheme, Rogers solicited contributions from the general public for his PACs based on materially false and fraudulent pretenses, representations and promises.  For example, in or around 2013, Rogers, working with an email vendor, represented through CSF that money contributed by donors would be used to support the campaigns of a candidate for governor and a candidate for attorney general of Virginia through, among other things, get-out-the-vote efforts and the hiring of attorneys to ensure the integrity of the elections.  In or around 2014, Rogers represented that donations to the PAC would be spent on assistance and support for military veterans.  In truth and in fact, the defendant never intended to spend, and never actually spent, any of the money raised by Rogers’s PACs on get-out-the-vote efforts or lawyers to protect the integrity of the 2013 Virginia and Attorney General elections, or on assistance and support for military veterans.  Instead, the defendant spent nearly all of the money raised from donors to benefit himself, his associates, and his PACs, including by pouring the majority of donor money into the solicitation of more donations.
In addition to the misrepresentations that Rogers made to donors, Rogers and others fraudulently billed his PACs for services that were not performed, thereby misappropriating donor money that had been contributed to the PACs by individuals across the country.  Rogers and his associates also made false statements to the Federal Election Commission about how they were spending PAC money.
Finally, Rogers admitted that he and several others also participated in a scheme to use conduits (straw donors) to make contributions to a candidate running to represent a district in the United States House of Representatives that exceeded the limits placed on individual campaign contributions under federal law.