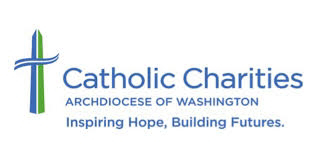 Belinda McKenzie, 45, of Washington, D.C., was sentenced today to 24 months in prison for her role in an embezzlement scheme targeting District of Columbia government funds earmarked for at-risk tenants, through a program administered by Catholic Charities of the Archdiocese of Washington.
Belinda McKenzie pled guilty in May 2019 to one count of mail fraud charge in the U.S. District Court for the District of Columbia. She was sentenced by the Honorable Trevor N. McFadden. In addition to her prison term, McKenzie must pay restitution in the amount of $234,249, as well as a forfeiture money judgement in the same amount.  Following her prison term, she will be placed on two years of supervised release.
The defendant, Belinda McKenzie, was a Family Support Worker at Catholic Charities for the Archdiocese of Washington (“CC ADW”), working in the Emergency Rental Assistance Program (“ERAP”).  Between 2015 and 2017, the defendant, along with others, recruited family members, neighbors, and friends, and used their information, and that of others, on fraudulent ERAP applications stealing $234,249.00 in ERAP funds administered by CC ADW (and from DC government which finances the program).  CC ADW is one of six agencies that administers the ERAP program for the District of Columbia’s Department of Human Services.
After an anonymous complaint to CC ADW, an outside auditing firm identified approximately 42 ERAP files (all processed by the defendant) comprising of payments to approximately 16 landlords on behalf of 31 tenants.  In truth, the listed tenants were not at risk of eviction, did not rent from the listed landlords, and instead of assisting families from eviction, the emergency rental money was shared with the co-schemers involved in the fraud.  After a referral by CC ADW, law enforcement conducted an independent investigation and found that the defendant created fraudulent files using forgeries from the legitimate documents to “paper” the requests for the fraudulent tenant assistance. Armed with an array of falsely manufactured “supporting” documentation, the defendant tricked CC ADW into issuing approximately 42 checks totaling $234,249.00 to individuals who posed as landlords, on behalf of individuals who posed as tenants at risk of eviction from the “landlords’” property.