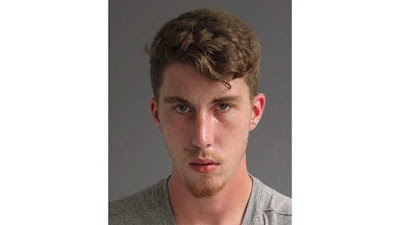 At the request of county prosecutors, Circuit Court Judge Jeffrey Michael Wachs today postponed the attempted first-degree murder trial for a man who was arrested and charged in July following the shooting of three men in Curtis Bay.

On Tuesday, July 30-2019, county police said officers were called around 2:30 a.m. to the 7600 block of Energy Parkway in Curtis Bay for a report of a shooting.  Officers found a man suffering from a non-life-threatening gunshot wound to his head and two other men who were shot, but not badly injured, according to court records.

Once Jefferson was arrested and taken into custody, police obtained a warrant to search his residence.  In charging documents obtained by Report Annapolis, officers allege 11 guns, nearly 300 grams of marijuana, xanax pills and large amounts of cash were among the items that were seized during the raid of Jefferson's home.  He was subsequently charged with 29 criminal offenses, including three counts of attempted first-degree murder, three counts of first-degree assault, in addition to other drug and handgun related charges.  13 of the 29 charges are listed as felonies in court records.

The maximum penalty for a single count of attempted first degree murder is life imprisonment.