Judge Sentences Irvin Hudson, 31, To 10 Years For Being Felon In Possession Of Firearm; Defendant Arrested After Fleeing from a Vehicle that had been Carjacked Earlier that Day 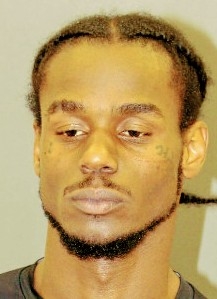 A Baltimore man has been sentenced to 10 years in federal prison for being a felon in possession of a stolen firearm, the justice department said Tuesday.
U.S. District Judge Ellen L. Hollander sentenced Irvin Hudson, age 31, of Baltimore, Maryland, to 10 years in federal prison, followed by five years of supervised release, for being a felon in possession of a stolen firearm.  The sentence was imposed on January 17, 2020.
United States Attorney Robert K. Hur stated, “We are committed to working with our law enforcement partners to get guns out of the hands of convicted felons and off of our streets, in order to reduce violent crime in our neighborhoods.  Irvin Hudson was a convicted felon who chose to possess a stolen firearm and was arrested after running from a vehicle that had been carjacked.  This combination of facts often proves deadly on our streets.  Hudson now faces 10 years in federal prison, where there is no parole—ever.  Please, put down the guns and save a life—maybe even your own.”
According to his guilty plea, on the afternoon of November 30, 2018, Baltimore Police Department (BPD) officers responded to an armed carjacking of a white Honda Accord.  According to the victims of the carjacking, a man approached the driver, who was standing outside the vehicle at a gas station, and pointed a black handgun at him.  The carjacker then told the female in the passenger seat to exit the vehicle, took the driver’s keys, and fled in the vehicle.
That evening, BPD received GPS information about the location of the carjacked vehicle.  Once officers located the vehicle, it sped away.  Officers in the BPD helicopter, known as “Foxtrot,” tracked and relayed the vehicle’s location to officers on the ground.  The vehicle stopped, and the driver and a front passenger exited the vehicle and fled in different directions.
Officers in Foxtrot tracked the fleeing passenger, later identified as Hudson, relaying his location to ground officers.  The officers in Foxtrot saw Hudson attempt to hide under a truck in an alley and saw him throw a firearm.  Officers immediately went to the location and recovered the firearm—a semi-automatic pistol with a 9 mm cartridge in the chamber.   The firearm’s magazine was missing, but was subsequently located next to the passenger side door of the vehicle where Hudson had exited the vehicle.  The magazine was loaded with four 9mm cartridges.  Hudson admitted that he knew that the firearm was stolen.