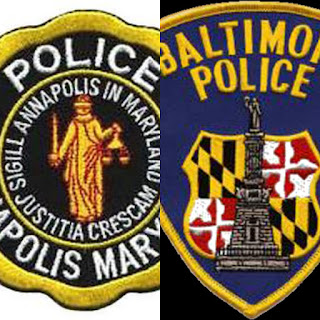 A few days after announcing the Annapolis Police Chief's pick for filling the new Cold Case Investigator position in the department, the spokeswomen for the police department as well as the Mayor's office are fielding questions about the time each of the men spent at the Baltimore Police Department.

The announcement went on to explain Brandford's responsibilities in the new role:

"Mr. Brandford will be contacting families of victims to improve their role in the process. The goal of reviewing these cases is not to traumatize families, but to provide them with more information, increase communication between the families and investigators and involve them as fully as they feel comfortable. Many of these cases are still active with many leads investigated by our detectives. "

According to Baltimore Police, Mr. Brandford was employed by their department from November 1990 until he retired in August 2018 as the lead homicide investigator.

Brandford led homicide during the investigation of the death of Detective Sean Suiter. Detective Suiter was shot in the head with his own gun a day before he was set to testify before a grand jury about his role in the 2010 case involving members of the now notorious Gun Trace Task Force, an incident that remains both controversial and unsolved. Five years later, Branford oversaw the investigation into the death of Freddie Gray.

Two police detectives under Branford's command filed sexual harassment complaints against him during the summer of 2016.  According to an article released by Investigative Journalist Jayne Miller, a Baltimore Police detective claimed that Col. Brandford blamed his previous relationship with another detective -- for creating tension in the homicide division. Both detectives were transferred under an order by Branford.

The complaint also alleged that Branford accused the same detective with another sexual indiscretion. "Col. Brandford asked me if I was having sex (with a) sergeant and if she was pregnant by me. I advised Col. Brandford I was not sleeping with (her) and she wasn’t pregnant by me, and that in no way have (I) had a romantic relationship with that sergeant.

Sgt. Amy Miguez, police spokeswoman, says the department was aware of the complaints against Branford prior to his hire, but did not elaborate further.

Ed Jackson was appointed Chief of Police in July of 2019.  Baltimore Police Department confirmed that Jackson was employed by the department from March 1983 until he retired in June 2004.

Prior to Jackson's retirement in 2004, he was demoted by then Baltimore Police Commissioner Kevin Clark two ranks; from Colonel to Major.  According to a lawsuit which Jackson filed against the department, Clark announced to the media that following an internal affairs investigation, Jackson had been demoted for misconduct, a claim which Jackson has denied. In the suit, Jackson sought damages against his former bosses for claims related to denial of procedural due process, wrongful discharge/abusive discharge/constructive discharge, intentional infliction of emotional distress, false light invasion of privacy and  interference with economic relationships.

"In consequence of the events alleged, Plaintiff is unable to attain a command level position with local and state law enforcement agencies because of the negative reference to his demotion contained in his personnel and disciplinary file with the BPD and because of Defendants' public dissemination of the IAD investigation and subsequent demotion."

EDITOR'S NOTE: Details surrounding the final dispositions of the complaints against Branford and the lawsuit filed by Jackson were not immediately available.  Report Annapolis will update this article with new information as it is received.

In January 2018, Darryl De Sousa was appointed by then Mayor Catherine Pugh as the City's Top Cop.  About a month later, De Sousa hired Jackson back as Inspector General. Jackson stayed in that role until approximately four weeks after De Sousa was sentenced to ten months in federal prison for tax related crimes.

A civilian employee from the Baltimore City Police Department, who spoke under the conditions of anonymity, fell short of saying whether or not Jackson was eligible for rehire, but said to be "shocked Ed got that job down there."  The employee made the comment that Jackson was 'brought back by his buddy (De Sousa).'

City Spokeswoman Mitchell Stephensen released a statement saying the Mayor was aware of Jackson's status prior to his departure from his department in 2004. "The Mayor was aware of the 2004 Baltimore Police “not in good standing” allegation," Stephensen said. "The City conducted a thorough background investigation, which revealed the veracity of the allegations were unfounded."

Report Annapolis reached out to Alderman Fred Paone (Ward 2, R), a member of the Public Safety Committee and Alderwoman Elly Tierney (Ward 1, D) for comment.  Neither of the Alderman were aware of Jackson's or Brandford's pasts and said they would request more information from the Mayor.