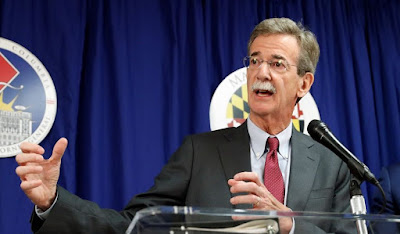 Maryland Attorney General Brian E. Frosh today joined a coalition of seven states in suing the U.S. Department of Health and Human Services (HHS) for its unlawful reinterpretation of Section 1303 of the Affordable Care Act (ACA).  On December 27, 2019, HHS issued a final rule requiring qualified health plans participating in the state exchanges to separately bill for the portion of health insurance premiums attributable to abortion coverage.  The rule also requires consumers to make a separate payment of at least one dollar for these services or risk losing all of their healthcare coverage.  This requirement threatens women’s access to abortion and puts millions at risk of losing critical health insurance coverage.

“This rule is another attack by the Trump Administration on women’s constitutional right to make their own health care decisions.  It illegally erects barriers and increases costs for women exercising their reproductive rights,” said Attorney General Frosh.  “In Maryland we stand with our mothers, sisters, and daughters.  We will sue to protect them.”

The lawsuit highlights that the new rule is incompatible with the ACA’s requirement of equitable access to healthcare and disproportionately affects states, like Maryland, that are committed to ensuring comprehensive reproductive health care.  All of Maryland’s qualified health plans cover abortion services, and HHS itself has conceded that requiring separate bills and separate payments will inevitably lead to confusion.  This puts nearly 160,000 enrollees in Maryland at risk of losing coverage if they fail to make both premium payments on time.

The rule will also burden states with unnecessary administrative costs and harm consumers who could face higher insurance premiums because of increased costs to carriers.  For example, initial compliance is expected to cost all impacted insurance companies nearly $400 million, with another $100 million in estimated annual costs to maintain the separate billing and payment systems.  These excessive costs put pressure on insurers to remove abortion coverage from their plans and punish those Maryland insurers that cover abortion services.

In the lawsuit, the coalition argues that the rule is unlawful because it:
•Imposes onerous and unnecessary regulatory barriers aimed at restricting women’s constitutionally protected right to access abortion care;
•Seeks to frustrate state sovereignty by coercing states to change their policies relating to the protection of abortion care;
•Violates Section 1554 of the ACA, which prohibits the promulgation of any regulation that creates unreasonable barriers to the ability of individuals to obtain appropriate medical care; and
•Exceeds HHS’s statutory authority under Section 1303 of the ACA.