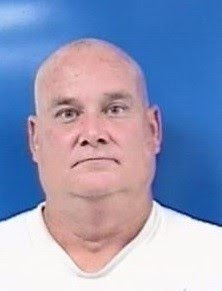 A federal grand jury has indicted Anthony Michael Mileo, age 54, of Huntingtown, Maryland, on the federal charge of transportation of child pornography.  The indictment was returned on January 22, 2020, and was unsealed at his initial appearance yesterday.  Mileo is an officer with the Maryland National Capital Park Police Department.
The indictment was announced by United States Attorney for the District of Maryland Robert K. Hur; Special Agent in Charge John Eisert of Homeland Security Investigations (HSI) Baltimore; Colonel William M. Pallozzi, Superintendent of the Maryland State Police; and Calvert County State’s Attorney Andrew Rappaport.
According to the indictment, on May 28, 2019, Mileo transported child pornography by computer.  Mileo previously faced related charges in Calvert County, but those charges were dismissed in favor of federal prosecution.
If convicted, Mileo faces a mandatory minimum of five years in federal prison and a maximum sentence of 20 years in federal prison for transportation of child pornography.  Actual sentences for federal crimes are typically less than the maximum penalties. A federal district court judge will determine any sentence after taking into account the U.S. Sentencing Guidelines and other statutory factors.  At his initial appearance in U.S. District Court in Greenbelt, U.S. Magistrate Judge DiGirolamo ordered that Mileo be released under the supervision of U.S. Pretrial Services.