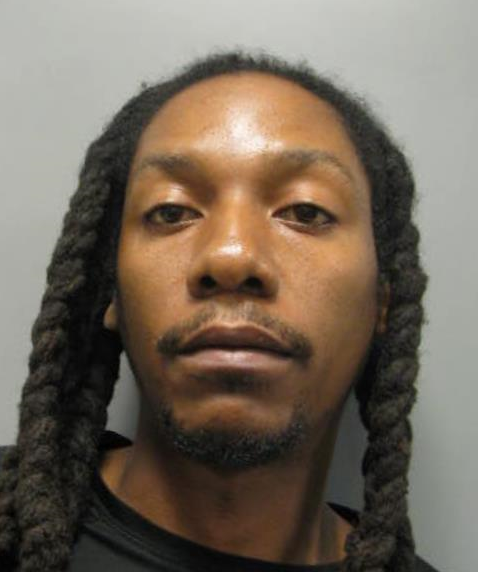 Montgomery County Police Officers have arrested and charged Lorenzo E. Pugh, age 32, of the 5800 block of Cherrywood Lane in Greenbelt, with theft offenses related to Pugh stealing mailed property while working as a United States Postal Service (USPS) mail carrier in Silver Spring.
On January 2, officers responded to the Bonanza Coins shop located at 940 Wayne Avenue in downtown Silver Spring for the report of an individual attempting to sell two coins worth a total of $2,900.  The coin shop’s owner stated to police that the original owner of the coins had previously sent an email to local coin shops advising the shops to be on the lookout for these particular coins.  That email further stated that both coins had been recently sold and shipped to a buyer, but the buyer reported that he/she never received the coins.  The coins were then reported to the USPS as lost in the mail shipment.
During the investigation, patrol officers determined that the individual who was attempting to sell the coins at the coin shop was not involved in the theft of the coins.  Further investigation by officers identified Pugh as the suspect who initially stole the coins and that Pugh worked as a USPS mail carrier with a delivery route in Silver Spring.
The officers, working with USPS Office of Inspector General Special Agents interviewed Pugh regarding the stolen coins. During the interview, Pugh admitted to stealing the coins as well as stealing additional mailed property while on his delivery route.
Officers and USPS special agents searched Pugh’s home and located multiple pieces of previously mailed property that Pugh had stolen while on his mail route.   Investigators have determined that Pugh stole the items while making deliveries on his mail route between March 2019 and January 2020.
Pugh was transported to the Central Processing Unit where he was charged with theft-related offenses, to include theft scheme: $1,500 to under $25,000.  Pugh was released after posting a $5,000 bond.