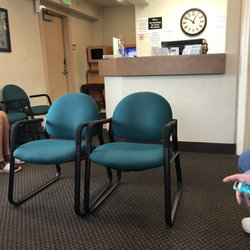 The Consumer Protection Division claimed that the practice failed to submit timely and accurate insurance claims, and then billed consumers for amounts that would have been covered by insurance had claims been properly submitted; failed to account for payments received, resulting in sending bills for amounts that had already been paid; provided pre-treatment estimates that did not include all anticipated charges; failed to tell patients that services would be provided by individuals who were not in-network with the consumer’s insurance plan; and engaged in other violations of the Consumer Protection Act.

“Today’s settlement will help prevent overbilling of patients and allow patients to make informed decisions about their own dental care and treatment,” said Attorney General Frosh.

Under the settlement, Batz-Weiner will waive all currently outstanding charges for services provided from January 1, 2014, through March 3, 2016.  It will also notify consumers who may have been overcharged that they may request a review of their accounts.  Batz-Weiner will pay $48,000 in penalties and investigative costs and make changes to its billing process intended to prevent billing errors in the future, including: employing a qualified third-party biller or ensuring that its staff is trained in billing and coding; not seeking to collect from consumers while insurance claims are pending; providing timely bills to consumers that specify the dates, services rendered, and insurance payment information; providing accurate pre-treatment estimates, including all follow up-exams and imaging; and notifying consumers when making appointments and again before treatment is rendered if the practitioner with whom they are scheduled does not participate in the consumer’s insurance plan.

Anyone who believes they may have been overcharged by Batz-Weiner Lake Dental may contact the Consumer Protection Division, Health Education and Advocacy Unit, at 410-528-1840 or 1-877-261-8807, by email at heau@oag.state.md.us, or by writing to Office of the Attorney General, Health Education and Advocacy Unit, 200 St. Paul Place, Baltimore, MD  21202.