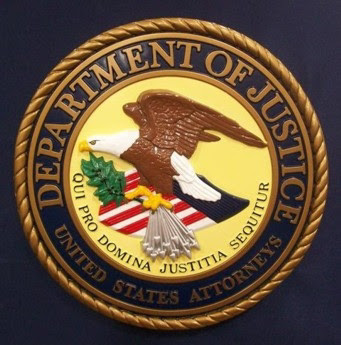 An illegal alien from El Salvador, who recently was convicted in state court of taking indecent liberties with a child, was sentenced today to 15 months in prison for illegally reentering the United States after he previously was deported in 2004.

“Carrero Alas illegally entered the United States, was deported at taxpayer expense, then returned illegally a second time and was convicted of sexually abusing a child,” said G. Zachary Terwilliger, U.S. Attorney for the Eastern District of Virginia. “We will continue to make these cases a priority and will work closely with our local and state partners to not only promote the rule of law, but also protect the most vulnerable members of our community.”

According to court documents, Oscar Saul Carrero Alas, 37, a citizen of El Salvador, was removed from the United States in October 2004, after having illegally entered the country by crossing the Rio Grande River. Carrero Alas reentered the United States, again without permission, and he subsequently was arrested in Prince William County in January 2018 for violations of state law. In June 2019, Carrero Alas was convicted of taking indecent liberties with a child by a person in a custodial or supervisory relationship, possession of cocaine, and obscene exhibition, all in violation of Virginia law.

“This individual received due process in immigration court and was removed to his home country but chose to flout that decision and return to the U.S. and victimize a child,” said Russell Hott, Field Office Director for U.S. Immigration and Customs Enforcement (ICE) Enforcement and Removals Operations (ERO) Washington D.C. “ICE is committed, alongside our law enforcement partners, to upholding our shared public safety mission.”