Eastern Shore Career Offender Pleads Guilty to Federal Cocaine Distribution and Firearms Charges: If the Court Accepts the Plea, Defendant Will Be Sentenced to 13 Years in Federal Prison 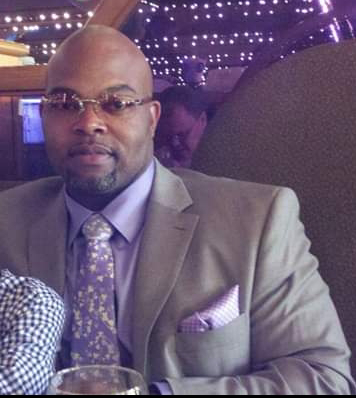 On Tuesday, Takii Nikeya Smith, age 44, of Cambridge, Maryland, pleaded guilty to the federal charges of conspiracy to distribute five kilograms or more of cocaine, possession with intent to distribute cocaine, and to being a felon in possession of a firearm.
According to Smith’s guilty plea, in early 2018, an investigation was conducted into the distribution of large quantities of cocaine on the Eastern Shore of Maryland, involving hundreds of hours of physical and electronic surveillance, and numerous controlled purchases of narcotics.
Information gathered through surveillance and the execution of search warrants—one of which turned up more than a kilogram of cocaine packaged for distribution—suggested that Smith was a large-scale cocaine supplier in the area.  After several weeks of surveillance, Smith was stopped by the Maryland State Police and members of the Wicomico County Narcotics Task Force as he returned to Maryland from Delaware.  Smith fled the traffic stop after being advised that a police K-9 would be conducting an open-air scan of his vehicle, which led to a vehicle pursuit.  Smith was ultimately apprehended when his vehicle got stuck in mud while driving over farm land.  Later, after receiving citizen complaints about packages found along roadways traversed during the pursuit, law enforcement recovered two kilogram packages of cocaine.  According to the guilty plea, Smith admitted that the drugs belonged to him and that he had discarded them during his flight from law enforcement.
Search warrants were subsequently executed at one of Smith’s properties in Mardela Springs, Maryland and at a trailer that Smith had stored at an auto body shop.  Law enforcement recovered more than 600 grams of cocaine, a digital scale, cutting agents, and other drug distribution paraphernalia, as well as several rounds of .40-caliber ammunition from in and near the house.  From the trailer, law enforcement recovered three firearms—a 9mm pistol, a .40-caliber pistol, and an AR-15 rifle—as well as $347,000 in cash in a vacuum-sealed bag.  Smith knew that he was prohibited from possessing a firearm or ammunition as the result of a previous felony conviction.
Smith and the government have agreed that, if the Court accepts the plea agreement, Smith will be sentenced to 13 years in federal prison.  U.S. District Judge George L. Russell, III has scheduled sentencing for March 12, 2020.