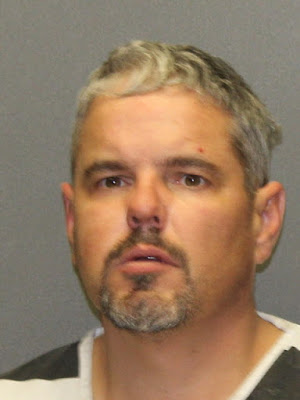 Deputies with the Harford County Sheriff’s Office arrested and charged a Street man after he ambushed, and fired upon deputies responding to a call for service at his residence.

On January 21, 2020, at approximately 7:00 p.m., deputies assigned to the Northern Precinct of the Harford County Sheriff’s Office responded to the 4500 block of Oak Ridge Drive in Street for the report of animal cruelty. Deputies were informed a resident in that block had shot and killed a dog at his residence during the course of a domestic dispute. Upon arrival, patrol deputies approaching the residence to make contact with the occupant were immediately fired upon.

No deputies were struck, but a neighbor, Robert Schell, 59, who was outside his home at the time bringing his trash to the curb, was fired upon and struck twice in the lower body. After being rescued by the Harford County Sheriff’s Office Special Response Team, he was transported by medics with the Jarrettsville Volunteer Fire Company to York Hospital for treatment and was released a short time later.

At approximately 8:30 p.m., the suspect, identified as Benjamin Murdy, 43, contacted the Harford County 911 Communications and Dispatch Center and advised he wanted to surrender. After speaking with members of the Crisis Negotiation Team, he exited the residence and was taken into custody without further incident.

Over the course of the incident, no deputies were injured, and no deputies discharged their weapons.

The investigation remains active and ongoing. There are no further details being released at this time. Anyone with information about this crime is asked to call the Harford County Sheriff’s Office Criminal Investigations Division at 410-836-5436. Those who wish to remain anonymous may report their information through the methods listed below. If the information you provide leads to the arrest and indictment of the individuals responsible for this crime, you may be eligible for a cash reward up to $2,000.00.