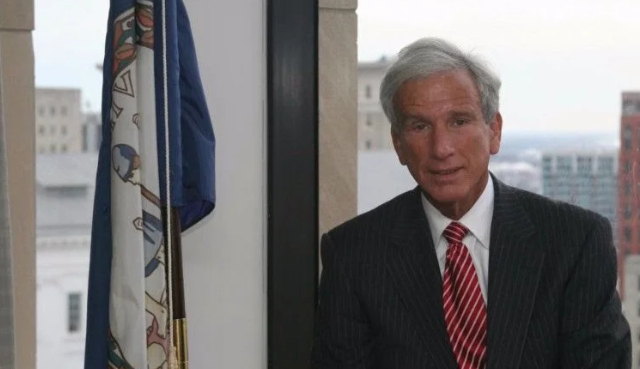 An attorney was sentenced today to 88 months in prison for conspiring to defraud Virginia State Senator Richard Saslaw’s campaign account, a Canadian business, and an organization intended to support college students with autism and other intellectual disabilities out of more than $1.6 million.
According to court documents, David H. Miller, 71, of Fairfax, conspired with his wife, Linda Diane Wallis, to defraud three categories of victims from 2011 to 2014. First, Miller conspired with Wallis to create two fake law firms, Federal Legal Associates and The Straile Group. Miller and Wallis used the fake law firms to fraudulently bill Miller’s employer, SkyLink Air and Logistic Support, Inc. (SkyLink), a Canadian based aviation company that maintained an office in Dulles, for legal work that was never actually performed. Miller and Wallis caused over $360,000 in losses to SkyLink.
Second, Miller and Wallis embezzled more than $650,000 from the campaign account of Senator Saslaw. From June 2013 to September 2014, Wallis served as the treasurer of the Saslaw for State Senate campaign. During that time, Wallis issued over 70 fraudulent checks from the Saslaw for State Senate campaign bank account, which totaled at approximately $653,000. All of the checks were issued without the knowledge or permission of Senator Saslaw or his campaign staff, and were ultimately deposited into accounts that were controlled by Miller or Wallis.
Third, Miller and Wallis misappropriated funds for an autism organization, which Miller co-founded and for which Wallis served as the Executive Director. The organization, known as The Community College Consortium on Autism and Intellectual Disabilities (CCCAID), claimed to provide assistance to community colleges to develop programs for individuals with autism and other intellectual disabilities. Between April 2010 and April 2013, community colleges located around the country and an individual donated around $780,000 to CCCAID. The funds contributed to CCCAID were supposed to be used to further the mission of the organization and not to enrich Miller or Wallis. Despite these restrictions, from 2011 to 2014, Miller and Wallis embezzled over $600,000 from CCCAID’s bank account and used the money to pay their own personal expenses.
Miller and Wallis laundered the proceeds of their crimes through multiple bank accounts and ultimately spent the funds on lavish personal expenses, such as mortgage payments on a million-dollar home in Fairfax, renovations to an oceanfront property in Bethany Beach, Delaware, fee payments to a country club, and travel on private aircraft from Manassas to Jamaica for a family vacation at a luxury oceanfront resort.
Miller’s co-conspirator and wife, Linda Diane Wallis, previously pleaded guilty and was sentenced to more than four years in prison on March 18, 2016.
In addition to the prison sentence, Miller was ordered to pay $1,640,655 in restitution, and ordered to forfeit the same amount.