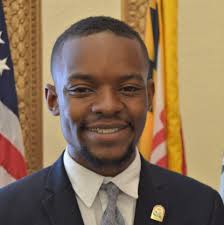 During a speech in 1906, the 26th President of the United States, Theodore Roosevelt, a Republican, said "the men with the muckrake are often indispensable to the well-being of society, but only if they know when to stop raking the muck." More than 100 years later, this statement is still relevant.
Recently, a local media outlet released a story concerning an alleged misdeed of Alderman Dajuan Gay, (D, Ward 6). What Alderman Gay was subjected to was unfortunately a great example of "new" journalism, disguised as investigative reporting, or muckraking as President Roosevelt once described it. Media critics believe the absence of objectivity and neutrality in the article about Alderman Gay and those similar completely undermines the overall purpose of American journalism.
According to a website belonging to the American Press Institute, the principles and purpose of journalism are defined by something more basic: the function news plays in the lives of people. "The purpose of journalism is thus to provide citizens with the information they need to make the best possible decisions about their lives, their communities, their societies, and their governments," the site states.

The courts currently have no real way of ensuring or guaranteeing court summonses  are received. Alderman Gay courageously admitted in a Facebook post last month that an unintentional missed traffic court appearance led to a bench warrant being issued against him, which he wasn't made aware of until it was brought to his attention by a member of the press.  "This was my first time hearing of it," the post read.  "I made an honest mistake, I immediately took action to resolve it,"  Gay explained.

According to Annapolis Based Criminal Defense Attorney and Former District Public Defender Keith J. Gross, traffic related FTA (Failure To Appear) warrants are common, and not just in Anne Arundel County, but also statewide.  "These are common occurrences in traffic and criminal cases," Attorney Gross said.   "People miss court dates for a variety of reasons," he continued.

One of those reasons can be attributed to individuals not receiving notification of scheduled court appearances.

Individual pieces of lost mail are currently warehoused at the Mail Recovery Center in Atlanta.  Known at one time as the lost and found department for the United States Postal Service, the Mail Recovery Center works to reunite lost or undeliverable packages and letters with either the sender or recipient.  A recent year's audit report released by the Office of Inspector General indicate that more than 85 Million pieces of lost mail were found and redirected to the recovery center in a single fiscal year.  Unfortunately, only 3% actually reached the place of origin or the intended destination.   All items not returned to customers are sold at auction, donated, or destroyed.

"Postal Service operations outside of the MRC’s control negatively impacted MRC efforts to return the lost
items to customers," the report showed.  "As a result, there is an increased risk that customers may not ever have the opportunity to recover lost items."

Moving into an electronic delivery system, similar to what is used by the Motor Vehicle Administration, would likely minimize the obvious deleterious impact that lost or undelivered court notices has had on people across Maryland.

The Maryland Judiciary Case Search has record of a motion to recall a bench warrant being filed on Alderman Gay's behalf.  This is a legal maneuver, usually filed by an attorney, that allows the court to consider overturning or vacating a previously issued bench warrant.  If the motion is granted, the court will then issue a new notice to appear.

District Court Judge Laura Marie Robinson ruled on the motion filed in Alderman Gay's case, and a hearing has been scheduled for Monday, January 6, in the Annapolis District Court on Rowe Blvd.