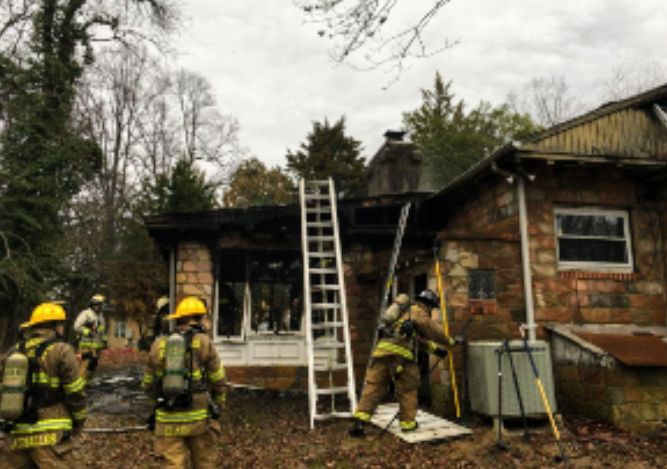 On Saturday, January 4, 2020, at around 8:30 a.m., firefighters responded to the area of Bay Avenue and Lake Avenue in the Highland Beach community of Annapolis for a reported dwelling fire.
Fire communications received multiple 9-1-1 calls from neighbors reporting that fire was coming from the back of a house in that area. Crews arrived on location to find fire showing from the rear of 1203 Bay Avenue. This community has no fire hydrants, requiring fire crews to establish a continuous water supply by drafting water from the bay to supply the fireground.
Thirty firefighters from Anne Arundel County, the Annapolis Fire Department, and the Naval Support Activity (NSA) Annapolis Fire Department brought the fire under control within 30 minutes. The fire displaced the lone occupant of the house, who was not home at the time.
There were no civilian injuries; however one firefighter from the Naval Academy Fire Dept was transported to an area hospital with minor injuries.
The cause of the fire is under investigation by members of the Anne Arundel County Fire and Explosives Investigation Unit.