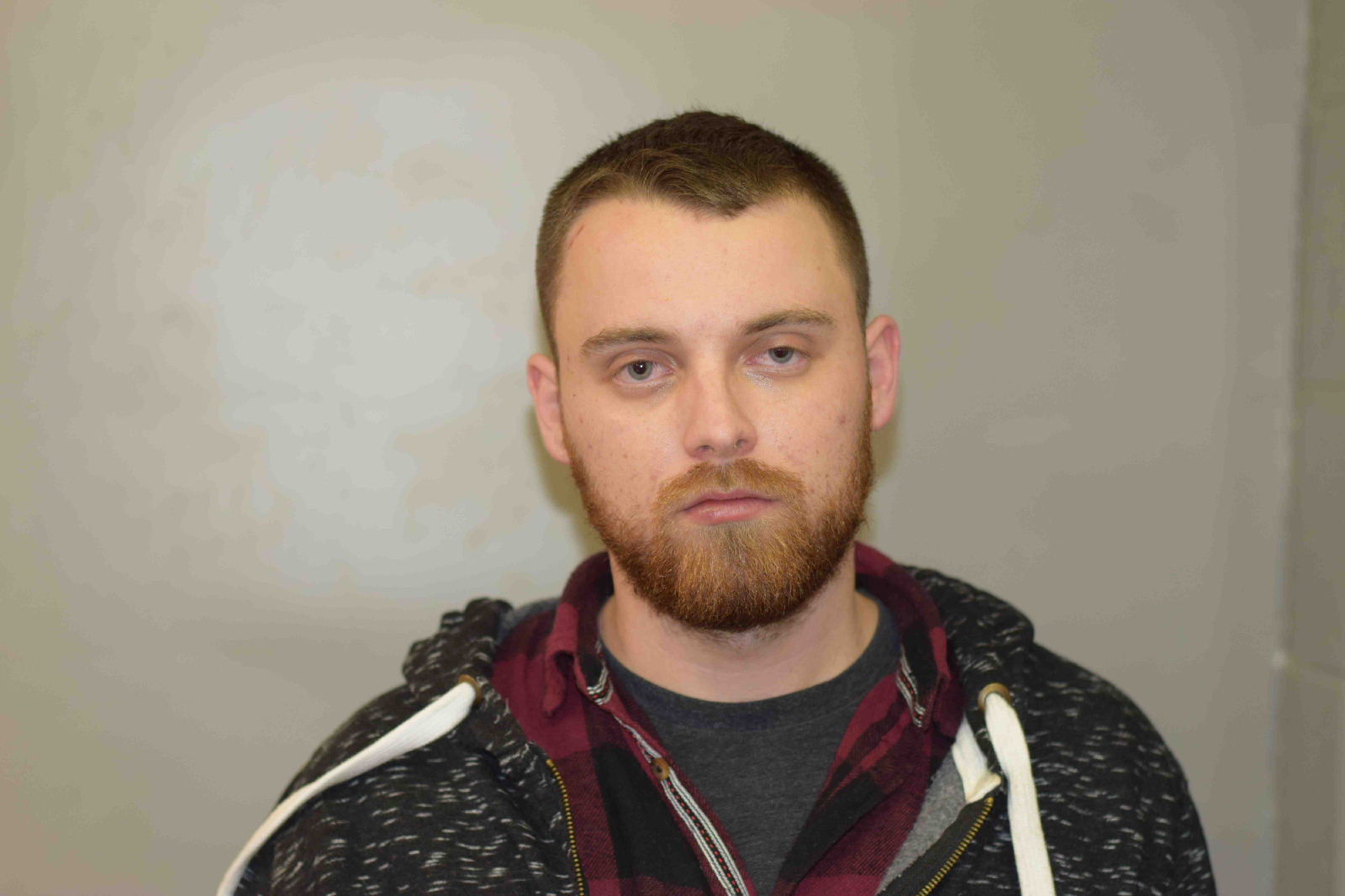 On 1/11/2020 at approximately 3:58pm, Annapolis City Police received a 911 call from a woman who resides in the 1100 block of Tyler Ave.
The woman advised that she witnessed a white male, approximately 20 to 30 years old, wearing a dark hooded sweatshirt and blue jeans kick the front door of her residence. As officers arrived on the scene, the suspect was still inside the home. It was later confirmed that the suspect did not have permission to enter the home.
Officers then approached the front door utilizing a ballistic shield and K-9 Patrol dog.
The front door of the residence reportedly had significant damage to the frame as if it had been pushed with force, multiple pieces of the white wooden frame were located on the ground, and the lock had also been broken off of the frame preventing the front door from being closed.
As officers entered the home, the suspect was located on the living room couch, asleep and non responsive.
The suspect was identified as CONNOR JAMES IANNUZZI, 24, of Silverwood Circle in Annapolis.
Iannuzzi has been charged with 5 crimes, including felony battery and destruction of property.