Bowie Man Kills Woman Following Dispute with Her Son, Had Previously Been Charged With Manslaughter and Illegal Firearm Charges in Separate Cases 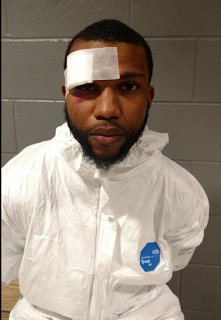 The Prince George’s County Police Department identified and arrested the man who shot and killed a woman inside of her home on New Year’s Day. The suspect is 23-year-old Sammie Warren of the 2500 block of Kenhill Drive in Bowie. He’s charged with the fatal shooting of 56-year-old Filomena Vasquez.

On January 1, 2020, at approximately 11:30 pm, patrol officers were called to the 7400 block of Varnum Street in the unincorporated portion of Hyattsville for a shooting. Vasquez was located inside of her home suffering from multiple gunshot wounds. She was pronounced dead on the scene.

The preliminary investigation reveals Warren purchased a car from an adult son who lives in the home with Vasquez on December 24th. After the sale, Warren became upset with the condition of the car and demanded a refund. The son denied that request. Warren’s communications with the son became more threatening, to include making a threat against the son’s family. The investigation reveals Warren walked up to the front of the house on Varnum Street on January 1st and shot multiple times into the home, striking and killing Vasquez. He then fled the scene.

Through various investigative techniques, Warren was identified. Officers executing a search warrant located Warren at his home. Several officers observed Warren through a window in possession of a gun. The team of officers entered the home. Warren repeatedly ignored commands and resisted arrest. Officers tackled Warren and took him into custody. During the apprehension, he suffered a minor injury to the head.  He was transported to a local hospital and was treated and released.  A gun was subsequently recovered in the home.

Warren is charged with first degree murder and related charges. He’s in custody at the Department of Corrections. A court commissioner ordered him held on a no-bond status.

According to court records, Warren was indicted by a Prince George County grand jury on a charge of manslaughter and 9 other offenses in an unrelated 2016 case.  He was later released after being sentenced to 5 years with all but 90 days suspended under a plea agreement.  Two years later, Warren was sentenced to time served for illegal firearm possession, also under a plea agreement.