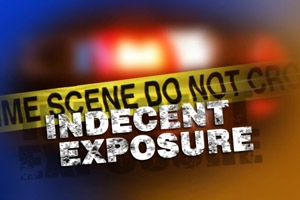 An unknown male suspect allegedly attempted to lure a woman into his vehicle in Gambrils yesterday while exposing himself, police say.
On January 9, 2020 at approximately 2:10 p.m., officers responded for a report of an indecent exposure which occurred earlier in the 1400 block of South Main Chapel Way in Gambrills.
The adult female victim reported that at approximately 1:30 p.m., she was walking to her vehicle parked along South Main Chapel Way when she observed a male seated in a dark colored vehicle exposing his genitals. The male motioned with his hands for the female to get into his vehicle. The victim proceeded to her vehicle and drove home to call police.
Officers searched the area but were unable to locate the vehicle or the suspect. Western District detectives are investigating this incident.
Suspect: White male, 18-30 years old, wearing unknown color shirt and shorts
Suspect Vehicle: Older style Ford Crown Victoria, unknown dark color with tinted windows
Anyone with information is asked to contact 410-222-6155.