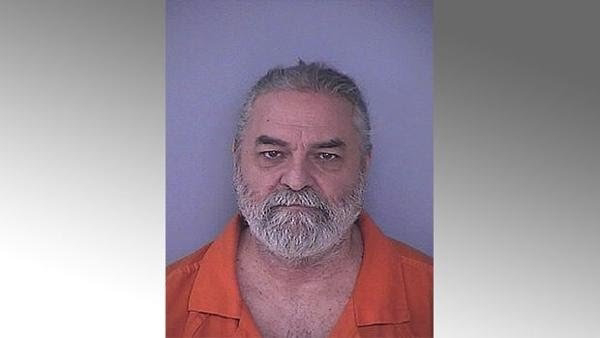 U.S. District Judge Ellen L. Hollander sentenced Mark Steven Bartles, age 45, of Hagerstown, Maryland, to 10 years in federal prison, followed by lifetime supervised release, for possession of child pornography.  Judge Hollander also sentenced Bartles to 10 months in prison for violating his supervised release for a previous federal conviction for receipt and possession of child pornography, concurrent to his 10 year sentence.  In addition, Judge Hollander ordered Bartles to pay $5,000 restitution to one of the children depicted in the images.
In a separate case, U.S. District Judge George J. Hazel ordered Kevin Patrick Wilson, age 58, of Bowie, Maryland, to serve 20 months in federal prison, followed by lifetime supervised release, for failure to register as a sex offender.
Both sentences were imposed on December 2, 2019.
Judges Hollander and Hazel also ordered that, upon their release from prison, defendants Bartles and Wilson must continue to register as sex offenders in the places where they reside, where they are employees, and where they are students, under the Sex Offender Registration and Notification Act (SORNA).
According to Bartles’s guilty plea, in 2007 he was convicted federally for receipt and possession of child pornography, and in 2015 Bartles was convicted in Washington County, Maryland for possession of child pornography.  As a condition of his state probation, Bartles was prohibited from accessing the internet or possessing internet-capable devices.  In September 2018, state probation agents received information from a family member that Bartles possessed an internet capable smart phone in a green case, which he used on a regular basis to access free wireless internet to view and download child pornography.  The probation agents then went to the motel room where Bartles resided and asked for his phone.  Bartles provided a ZTE phone that was lying on the bed.  The agents then asked Bartles for the phone in the green case, which Bartles retrieved from the nightstand.  The phone was forensically examined by the FBI and determined to contain over 40 images of child pornography, including images documenting the sexual abuse of prepubescent minors by adult men.  FBI special agents also located evidence that the phone had accessed WiFi networks at the motel and a local convenience store.
According to Wilson’s guilty plea, he was convicted in March 2000, and again in August 2008, in Magnolia County West Virginia of two counts of first degree sexual abuse.  On October 13, 2004, when Wilson was released from prison after his first conviction, and again on August 17, 2017, after his release from prison on his second conviction, Wilson completed the sex offender registration and verification form with the West Virginia State Police, as required under West Virginia state law.  On August 17, 2017, Wilson advised that he was moving out of state to an address in Annapolis, Maryland.
In late 2017 or early 2018, the U.S. Marshals Service (USMS) received information that Wilson was living unregistered in West Virginia.  A USMS inspector went to the address of the homeless shelter in Annapolis where Wilson had represented he would be living following his release from prison, but officials there had no record of contact with him and Wilson had never registered as a sex offender in Maryland.  On February 5, 2018, Wilson was arrested in West Virginia for failing to register as a sex offender.  Wilson subsequently provided law enforcement with addresses in Bowie and in Crofton, Maryland, but investigators found that Wilson had never lived at either address.  In February 2019, USMS investigators discovered that Wilson had not registered as a sex offender in any jurisdiction.  U.S. Marshals subsequently located and arrested Wilson at an address in Bowie on April 25, 2019.  The investigation revealed that Wilson had lived in Maryland since October 16, 2018, but had failed to register as a sex offender.