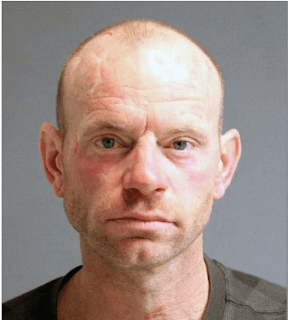 Anne Arundel County State’s Attorney Anne Colt Leitess announced yesterday that a jury convicted Jason Patton Baker, 46, of Millersville  of one count of Involuntary Manslaughter, Distribution of Fentanyl, Reckless Endangerment and other lesser included charges in the death of 16-year-old Josiah Klaes.
Baker is facing a maximum sentence of 35 years and will be sentenced on February 13, 2020 by the Honorable Donna Schaeffer.
“Mr. Baker sold drugs he knew were potentially lethal, going so far as to take taking into account the victim’s age, height and weight before doing so.  The defendant’s greed and his lack of humanity in selling deadly drugs to a teenager is beyond disturbing.  Josiah’s family has suffered a devastating loss, and I am grateful that the jury recognized that the defendant’s actions led to the victim’s death and held him accountable. This case was successful due to the excellent police work by Anne Arundel County detectives and prosecutor Jason Steinhardt,” said Anne Arundel County State’s Attorney Anne Colt Leitess.
On January 19, 2018, Anne Arundel County police officers responded to the 8200 block of Kramer Court in Glen Burnie to find the victim, later identified as Josiah Klaes, in cardiac arrest. He was unresponsive upon their arrival and pronounced deceased on the scene.
During the investigation, Anne Arundel County detectives spoke with the victim’s brother who said Josiah had recently purchased marijuana from a white male by the name of ‘Baker’ and later identified as Jason Patton Baker. A friend of the victim advised police he witnessed  several drug transactions of heroin and marijuana between Baker and Josiah. An analysis of the victim’s cellphone found numerous text messages between the victim and defendant which detailed drug transactions. During one of the text message exchanges, Baker asked Josiah his age, and the victim replied with his weight and height and told him that he was 16 years old.
The Office of the Chief Medical Examiner determined that Josiah died as a direct result of fentanyl intoxication.
On February 3, 2018, Baker was arrested for possession of a controlled dangerous substance. A search warrant was obtained and executed for Baker’s phone.  The device phone number matched the contact in Klaes’ phone.  Additionally, further investigation found that Baker sold Josiah fentanyl instead of heroin, which led to the fatal overdose.