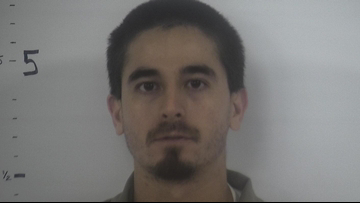 A federal judge convicted a Virginia Beach man today on charges of receipt and possession of child pornography.

According to court records and evidence presented at the bench trial, Augustin Dante Ezequiel Arce, 30, of Virginia Beach, was identified sharing images of child sexual abuse over a peer-to-peer network throughout 2017 and the first part of 2018.

An Internet Crimes Against Children (ICAC) task force officer with the Harrisonburg Police Department downloaded images of child sexual abuse in an undercover capacity from Arce’s mobile devices. In August 2018, Arce was indicted by a federal grand jury. After being asked to turn himself in, Arce fled the district and was found several months later in southern California, living in a tent.

Ezequiel Arce faces a mandatory minimum of five years and a maximum of 20 years in prison when sentenced on April 2, 2020. Actual sentences for federal crimes are typically less than the maximum penalties. A federal district court judge will determine any sentence after taking into account the U.S. Sentencing Guidelines and other statutory factors.