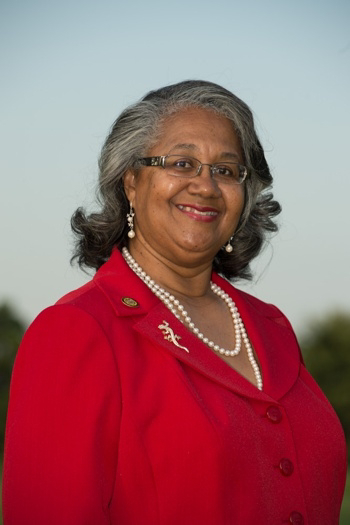 A federal criminal information was unsealed today charging former Maryland State Delegate Cheryl Diane Glenn, age 68, of Baltimore, Maryland, with federal honest services wire fraud and bribery charges.  The information was filed on July 23, 2019, and unsealed today.  Glenn’s initial appearance and arraignment are scheduled for January 22, 2020, at 2:30 p.m. in U.S. District Court in Baltimore.
The federal charges were announced by United States Attorney for the District of Maryland Robert K. Hur and Special Agent in Charge Jennifer C. Boone of the Federal Bureau of Investigation, Baltimore Field Office.
“We expect our elected officials to put the interests of the public above their own.  We do not expect them to sell their office to the highest bidder,” said U.S. Attorney Robert K. Hur.  “The U.S. Attorney’s Office will hold accountable those who betray the public trust for their own greed.”
According to the criminal information, until her resignation on December 18, 2019, Glenn was a Maryland State Delegate representing District 45, which covered portions of Baltimore.  During her tenure, Glenn served as the Chair of the Banking, Consumer Protection, and Commercial Law Subcommittee of the Economic Matters Committee; the Vice Chair of the Rules and Executive Nominations Committee; and the Chair of the Baltimore City Delegation, among other roles.
The criminal information alleges that from at least March 4, 2018 through February 11, 2019, Glenn defrauded the citizens of Maryland of the right to her honest services by soliciting and accepting bribes in exchange for her official actions.  Specifically, the information alleges that Glenn accepted $33,750 in bribes from an associate in exchange for voting in favor of a bill to increase the number of medical marijuana grower and processing licenses that were available to an out-of-state company; promising to lead the effort to change the law in order to provide a preference for Maryland residency to in-state medical marijuana license applicants; introducing legislation that decreased the number of years of experience required to be a medical director of an opioid maintenance therapy clinic; and introducing legislation that created a class B alcohol and liquor license in District 45.
As detailed in the criminal information, after a meeting on March 5, 2018 with an associate and two businesspersons, Glenn agreed to use her position as a state legislator to vote for a bill which could favor Company 1 in its pursuit of a medical marijuana license, in exchange for $3,000 in cash, which would be used to pay an outstanding tax bill on her residence.  Glenn subsequently voted for the bill after its Third Reading on March 8, 2018, and on April 7, 2018, after amendments from the Senate.  The bill passed and on April 20, 2018, the associate provided Glenn with $3,000 in cash during a meeting at a restaurant in Baltimore County.
According to the information, on June 7, 2018, Glenn and her associate met with another businessperson at a restaurant in Baltimore to discuss medical marijuana licenses.  During the conversation, Glenn allegedly told the businessperson that people had asked her how a medical marijuana company had been awarded a medical marijuana growing license without having any high-priced lobbyists.  Glenn allegedly responded, “…they know God and Cheryl Glenn.”  A few weeks later, Glenn followed up with the associate to see if the businessperson was “lookin’ for [Glenn] to help him or something?”
The associate confirmed that the businessperson did want Glenn’s help and Glenn allegedly asked “…is he going to be makin’ a donation or something?”  On August 10, 2018, the associate told Glenn that the businessperson had offered the associate $10,000 to get Maryland law changed so that local businesses would be given priority for medical marijuana licenses.  The associate offered to split the $10,000 with Glenn, who agreed to introduce legislation to get the law changed in exchange for a payment of $5,000.
The information alleges that in order to get the businessperson to make the $10,000 payment, Glenn subsequently sent the associate an e-mail pledging to take the lead in the effort to get the law changed so that Maryland residents received a preference for medical marijuana licenses.  On August 23, 2018, the associate allegedly gave Glenn $5,000 in cash during a meeting at a Baltimore restaurant.
The information further alleges that on October 18, 2018, Glenn pre-filed legislation to reduce the required experience for medical directors at opioid maintenance therapy clinics in order to receive another $5,000 payment from the businessperson.  The payment was provided on October 22, 2018, and Glenn subsequently introduced the bill on January 9, 2019.  Further, Glenn allegedly agreed to introduce legislation to obtain a liquor license for a restaurant that the businessperson wanted to open in Glenn’s district, in exchange for $20,000, with the initial payment of $5,000 to be made up front and the remaining $15,000 payment when the legislation was introduced.
According to the information, Glenn received the $5,000 payment on December 10, 2018.  On January 28, 2019, Glenn introduced the bill to obtain the liquor license and on February 11, 2019, allegedly received a bribe payment of $15,000.
Glenn allegedly took steps to conceal her illegal activities, including: agreeing not to deposit bribe payments in her bank account; agreeing to meet in person to discuss the details of bribes rather than discussing them over the phone; and creating a false loan note for the $15,000 bribe payment, falsely stating that the money was a gift and was in no way connected to her position as a State Delegate.  Further, the information alleges that on at least two occasions, Glenn texted an associate who was providing the bribe payments on behalf of the businesses and falsely advised the associate that the bribe payments were short a total of $750, which the associate subsequently provided to Glenn.
If convicted, Glenn faces a maximum sentence of 20 years in federal prison for honest services wire fraud and five years in federal prison for the bribery charge.  Actual sentences for federal crimes are typically less than the maximum penalties. A federal district court judge will determine any sentence after taking into account the U.S. Sentencing Guidelines and other statutory factors.