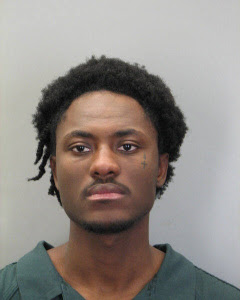 An Alexandria man was sentenced today to 20 years in prison for conspiring to distribute more than a kilogram of heroin, which led to the overdose death of at least one individual.
According to court documents, George Addae, 26, directed a heroin trafficking conspiracy from 2016 through September 2018. Addae obtained wholesale quantities of heroin and repackaged the drug into capsules. He arranged heroin sales with his customers through electronic communications and directed his co-conspirators to deliver the narcotics. On April 2, 2018, Addae personally distributed a mixture of heroin and fentanyl to a man in the Alexandria area of Fairfax County. That man ingested the drug and died from mixed drug intoxication.
In addition to the term of imprisonment, Addae was also ordered to forfeit $100,000.
G. Zachary Terwilliger, U.S. Attorney for the Eastern District of Virginia; Timothy M. Dunham made the announcement after sentencing by U.S. District Judge Anthony J. Trenga.