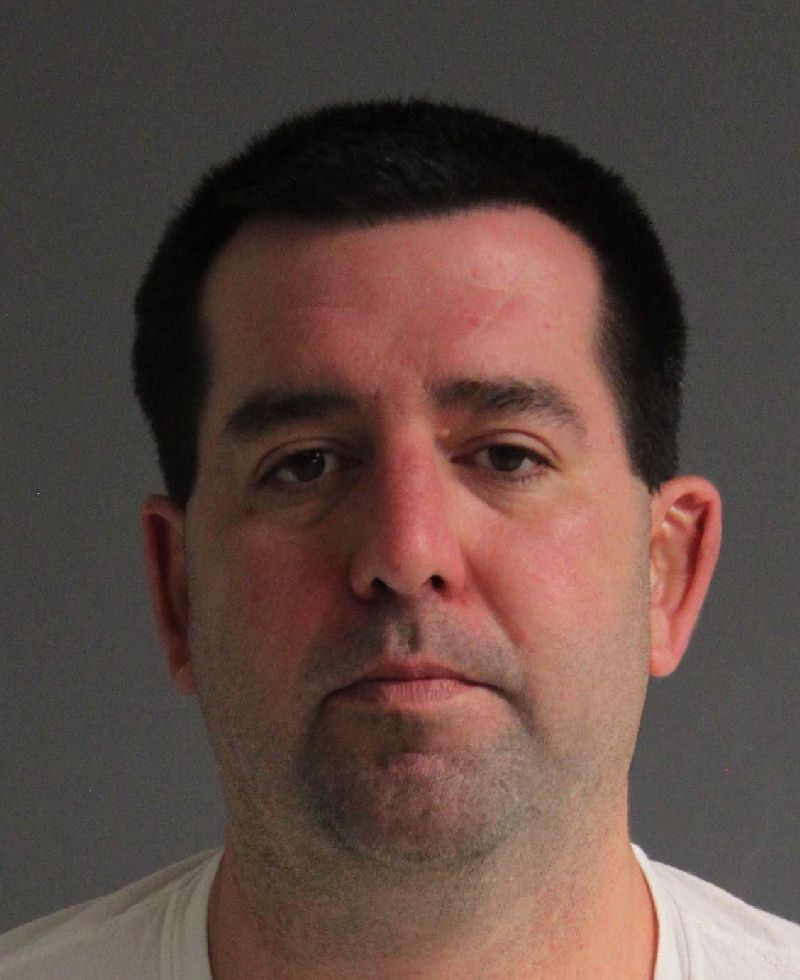 On Wednesday, September 18, 2019, at approximately 9:30 a.m., Officers responded to the 1400 block of Orr Court, Pasadena, Maryland for a threats complaint. The homeowner, Gregory Richard Korwek, a forty year old male, advised that an acquaintance, identified as Jeffrey Thomas Dickinson, a forty four year old male, called him, made threats to burn down his house and was en route to his house. Gregory Korwek went on to say that Mr. Dickinson should be on a scooter coming from the area of Duvall Highway in Pasadena, Maryland.
When officers arrived on scene Gregory Korwek ran up to them stating that he had just shot Mr. Dickinson. Officers immediately rendered medical aid and summoned the Fire Department. The victim, Mr. Dickinson, succumbed from his injuries and was declared deceased by medical personnel in the driveway of the residence.
Homicide detectives worked through the night serving search warrants and conducting interviews. During their investigation detectives learned the suspect, Mr. Korwek, was a prohibited possessor due to a previous felony conviction. Mr. Korwek was charged with the prohibited possession charges.
UPDATE :
Since the day of Mr. Dickinson’s murder, the homicide unit has been working in conjunction with the Anne Arundel County State’s Attorney’s Office in regards to this investigation. The Office of the Chief Medical Examiner conducted an autopsy on the victim, Mr. Dickinson, and ruled the cause of death as a gunshot wound with the manner being homicide. Homicide detectives have been working diligently in sorting through the evidence seized and analyzed in this investigation.  During the execution of the search warrant on the suspect’s residence on September 18, 2019 several items of evidence were recovered by the Evidence Collection Unit. The murder weapon, a shotgun, was recovered in the garage of the residence and throughout the house another thirteen firearms and associated ammunition were seized. The Anne Arundel County Crime Lab tested several items of suspected controlled dangerous substances also recovered in the residence and surrounding property that were verified to be cocaine, morphine, suboxone and marijuana.
Through witness interviews it was learned the suspect owed the victim money. The victim indicated he was going to come to the suspects house unarmed. An analysis of digital/electronic evidence indicated exchanges between the suspect, Mr. Korwek, and the victim, Mr. Dickinson, on the morning just prior to the shooting. Text conversations indicated Mr. Dickinson was going to Mr. Korwek’s residence unarmed and even indicated no threats of violence. Mr. Korwek told the victim he was not welcome.
Through interviews and evidence at the scene Jeffrey Dickinson arrived at the residence of Mr. Korwek on a gas powered scooter. Mr. Korwek had armed himself with a shotgun and shortly after Mr. Dickinson’s arrival shot and killed him in the driveway of his residence. Investigation has revealed that there were no indications of a physical confrontation taking place between Mr. Korwek and Mr. Dickinson. The evidence at the scene determined the victim, Mr. Dickinson, did not possess or utilize any weapons when he arrived at the suspect’s residence.
After a thorough examination of the evidence and coordination with the State’s Attorney’s Office charges were placed against Gregory Korwek for the murder of Jeffrey Dickinson. On Thursday, December 12, 2019 Gregory Korwek turned himself in to Homicide detectives without incident. Gregory Korwek was charged in regards to the murder of Mr. Dickinson with Second Degree Murder, Manslaughter, Use of a Firearm in Commission of a Felony, six counts of CDS Possession, and being a Prohibited Possessor. He is currently incarcerated at the Anne Arundel County Jennifer Road Detention Center on a no bond status.
Even with an arrest being made this is a very active and ongoing investigation. The Anne Arundel County Police are urging anyone with information to come forward by calling the Homicide Unit at 410-222-4731. If people with information wish to remain anonymous they can also contact the Anne Arundel County Police Tip Line 410-222-4700 or Metro Crime Stoppers.