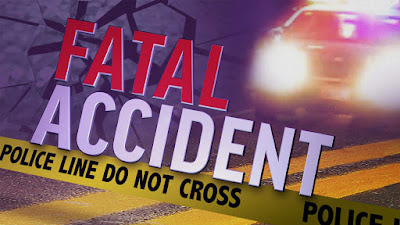 On December 11, 2019 at approximately 3:15 p.m., officers responded to Dorsey Road at the intersection with McPherson Rd in in Glen Burnie for a two vehicle crash.

A 2003 Chevrolet was traveling westbound on Dorsey Road when it proceeded to make a left hand turn onto McPherson Road. At the same time, a 2005 Nissan was travelling eastbound on Dorsey Road approaching the intersection. The investigation revealed that the Chevrolet continued with its left turn and pulled into the path of the Nissan causing the vehicles to collide. The occupant of the Chevrolet was transported to R. Adams Cowley Shock Trauma Center in Baltimore where he was later pronounced deceased. The driver of the Nissan was transported to the Baltimore Washington Medical Center with non-life threatening injuries.

Preliminarily, the primary cause of the crash appears to be the driver of the Chevrolet failing to yield right of way to the Nissan. Speed does not appear to be a factor. Drugs and/or alcohol use are not believed to be a factor in this crash. The Traffic Safety Section is handling the investigation.