Two Florida Men Facing Federal Indictment in Maryland for Allegedly Scamming Elderly Victims of More Than $1.5 Million; Allegedly Collected Tens of Thousands of Dollars in Cash Payments by Falsely Telling the Victims that a Relative—Typically a Grandchild—Needed Money for Bail, Legal Fees, and Other Expenses 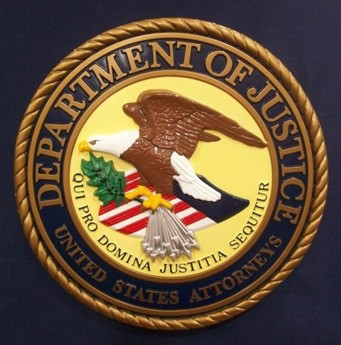 A federal grand jury in Baltimore has indicted David James Green, age 24, of Miami Gardens, Florida, and McArnold Charlemagne, age 32, of Miramar, Florida, on federal charges of mail fraud and conspiracy to commit mail fraud, in connection with a scheme in which they allegedly defrauded more than 65 elderly victims of more than $1.5 million.  The indictment was returned on December 3, 2019, and was unsealed on December 12, 2019.

According to the seven-count indictment, from January 2018 through August 2019, the defendants were part of a conspiracy to defraud elderly victims by persuading them to send thousands of dollars in cash to members of the conspiracy by falsely stating that the money would be used to help the victims’ relatives pay legal or other expenses in connection with crimes and other incidents that had not occurred.  Charlemagne and Green’s co-conspirators allegedly telephoned elderly victims throughout the United States, posing as a police officer, lawyer, or other individual, falsely telling the victim that a relative, typically the victim’s grandchild, had been incarcerated in connection with a car accident or traffic stop involving a crime, and needed money—often tens of thousands of dollars—for bail, legal fees, and other expenses.

The indictment further alleges that in order to conceal the crime, Charlemagne, Green, and other co-conspirators identified residential locations across the country where the cash should be sent, including in Maryland, Pennsylvania, Delaware, and Florida.  Charlemagne and Green allegedly identified locations that were either vacant or for sale, so that no one would be at those locations at the time of the deliveries, then retrieved the packages of cash when they were delivered.  Charlemagne, Green and other co-conspirators recruited and instructed additional people to assist in retrieving packages of cash from specified locations.

If convicted, Charlemagne and Green each face a maximum sentence of 20 years in federal prison for mail fraud conspiracy and for each of three counts of mail fraud.  Actual sentences for federal crimes are typically less than the maximum penalties. A federal district court judge will determine any sentence after taking into account the U.S. Sentencing Guidelines and other statutory factors.  Charlemagne had his initial appearance today in U.S. District Court in Baltimore.  Chief U.S. Magistrate Judge Beth P. Gesner ordered Charlemagne to be released to a third party custodian, with the condition that he post a $100,000 bond.  An arrest warrant has been issued for Green.

The Department of Justice has an interactive tool for elders who have been financially exploited to help determine to which agency they should report their incident, and also a senior scam alert website.  Victims are encouraged to file a complaint online with the FBI’s Internet Crime Complaint Center at this website or by calling 1-800-225-5324.  Elder fraud complaints may be filed with the FTC at www.ftccomplaintassistant.gov or at 877-FTC-HELP.