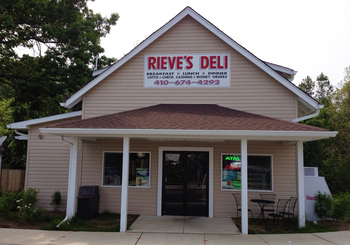 A lucky Powerball player who bought a ticket in Odenton for the Saturday, Dec. 14 drawing is holding a $1 million winner — and meanwhile the jackpots in both Powerball and Mega Millions keep on rolling.

Saturday’s Powerball drawing didn’t produce a jackpot winner, but a ticket sold at Rieve’s Deli at 8374 Piney Orchard Parkway in Odenton is worth $1 million. The ticket matched all five of the white balls that were drawn on Saturday, but missed out on winning the jackpot because it didn’t match the red Powerball number. The winning numbers were 3, 6, 12, 32, 64; and the Powerball was 19.

The $1 million winner was one of 15,982 winning tickets sold in Maryland for the Dec. 14 drawing. There was also a third-tier winner of $50,000, and thousands of other winners ranging from $4 to $100. With no jackpot winner, the Powerball jackpot for the Wednesday, Dec. 18 drawing rolls to an estimated annuity value of $160 million, with an estimated cash value of $109 million.

Meanwhile, the Mega Millions jackpot has rolled to an estimated annuity value of $372 million for the Tuesday, Dec. 17 drawing, with an estimated cash value of $251.6 million. Friday’s Mega Millions drawing produced 29,917 winning tickets in Maryland, including one third-tier winner of $10,000.

Report Annapolis was able to reach the owner of Rieve's Deli, Sunny Patel. In an emailed statement, Mr. Patel said he was thrilled to learn the winning ticket was sold at his store.

“I am glad we sold a million dollar ticket from our store," said Mr. Patel, 55, of Laurel. "Our family has owned the deli for more than 25 years and this is one of the biggest jackpot tickets we have sold."