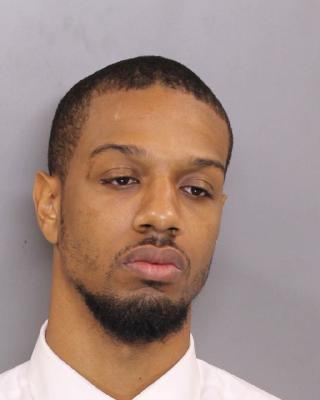 Baltimore County Police have charged the suspect responsible for sexually assaulting a child on December 2, 2019. Royal Jamar Robert Quinn, 24, of the 3000-block of Wayne Avenue, 21207 has been charged with attempted kidnapping, second degree rape, third degree sex offense, robbery, false imprisonment, assault, and theft.
Detectives from the Baltimore County Police Crimes Against Children Unit conducted an extensive investigation and were subsequently able to identify Quinn as the suspect.Quinn is currently being held at the Baltimore County Department of Corrections on denied bail status.
Original Release: (12/2/19 6:35 p.m.)
Baltimore County Police are investigating the sexual assault of a child on school property this morning.
The child reported the incident to school officials at Norwood Elementary School in Dundalk immediately upon arriving at the school this morning. The school resource officer recovered surveillance video of an unknown black male suspect dressed in all dark clothing sexually assaulting the child on a footpath near the baseball fields, then fleeing the school property on foot.
Detectives from the Baltimore County Police Crimes Against Children Unit are continuing to investigate this incident. Anyone who may have information on this incident or other potentially related suspicious activity is asked to contact police at 410-307-2020.