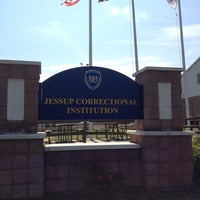 On December 19, 2019, Ashley Alston, age 28, of Baltimore pleaded guilty to a federal racketeering charge and on December 20, 2019, her father Aldon Alston, age 55 also of Baltimore, pleaded guilty to the same charge, for participating in a scheme to smuggle contraband into the Maryland Correctional Institution Jessup (MCIJ), including narcotics, unauthorized flash drives, tobacco, and cell phones.  Ashley is the sister and Aldon is the father of MCIJ inmate Corey Alston, a/k/a “C,” age 29, who pleaded guilty on September 18, 2019, to the same charge.
According to court documents, MCIJ was a medium-security prison in Anne Arundel County, Maryland, that housed approximately 1,100 male inmates, with 262 custody staff or correctional officers (COs) and 52 non-custody staff, including case management, medical, and administrative staff.
According to their plea agreements, Corey Alston recruited Ashley and Aldon Alston to obtain and package contraband, meet with correctional officers and employees to provide contraband and bribe payments, and manage the proceeds of illegal contraband sales for Corey Alston.  At Corey Alston’s direction, Ashley and Aldon met with co-conspirator facilitators, including Tyirisha Johnson, to receive contraband as well as bribe payments, which they provided to Correctional Officer Janel Griffin and other corrupt prison employees to smuggle into the facility in exchange for bribes.  Recorded jail calls between Corey Alston, his sister and his father confirm that beginning in April and July 2017, respectively and continuing until August 14, 2017, Ashley and Aldon Alston met with Johnson or another facilitator, as well as with corrupt prison employees, to obtain contraband and proceeds of the sales and to provide bribe payments.  The contraband included Suboxone, Percocet, Ecstasy, K2, and tobacco, which they obtained and delivered to be smuggled into MCIJ.
Inmate Corey Alston admitted that he was a leader in the racketeering conspiracy.
Ashley and Aldon Alston each face a maximum sentence of 20 years in prison.  U.S. District Judge Paula Xinis has scheduled sentencing for Aldon Alston on March 24, 2020, and for Ashley Alston on March 26, 2020, both at 4:00 p.m.  Tyirisha Johnson, age 23, of Baltimore, pleaded guilty to her role in the conspiracy on July 23, 2019.  No sentencing date has been set for Johnson or Corey Alston.