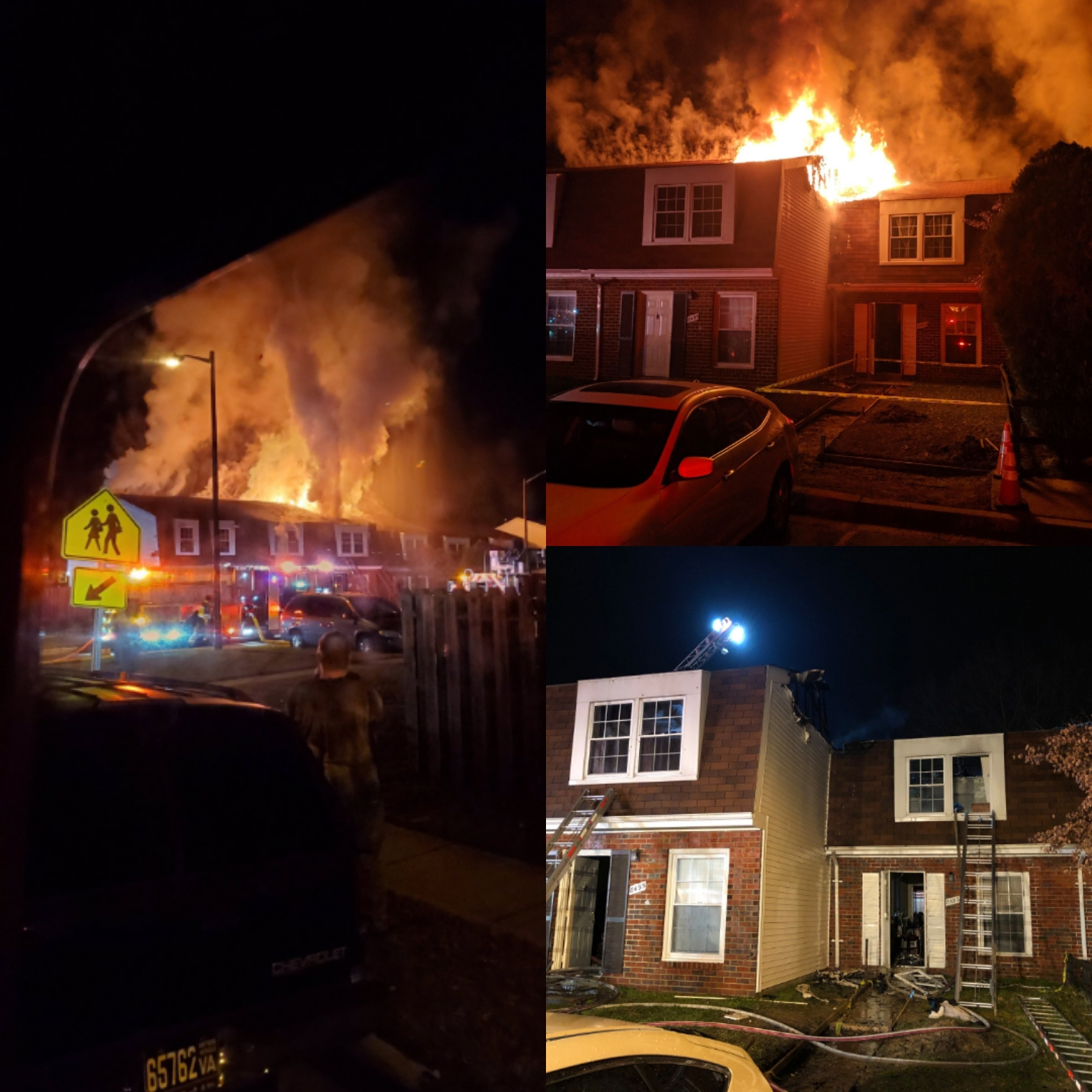 This morning at 1:53am., Anne Arundel County Firefighters responded to a 9-1-1 call reporting a townhouse on fire in the 8400 block of Pioneer Drive.
First arriving firefighters reported fire through the roof of two, two-story, middle of the group homes with adjacent homes threatened. A Working Fire Dispatch was requested, bringing 46 firefighters to the scene.
The fire was brought under control in about 45 minutes, but not before extensive damage was done to the homes at 8493 and 8495 Pioneer Drive and lesser damage to 8491, 8497, and 8499 Pioneer Drive.
The damage was significant enough that none of the five homes can be occupied. A total of 10 occupants have been displaced, with five being assisted by the Red Cross.
One firefighter was transported to BWMC in good condition with a medical related issue that was identified by paramedics while the firefighter was in the rehab process.
The cause of the fire is under investigation by members of the Anne Arundel County Fire Department Fire and Explosives Investigation Unit.