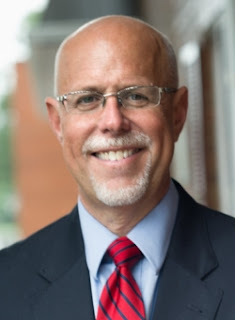 Crofton based Attorney Richard R. Trunnel has been appointed to the Anne Arundel County Circuit Court by Governor Larry Hogan, according to an announcement made yesterday by the Governor's office.

The announcement included the following biography for Attorney Trunnell:

Richard Robert Trunnell is a solo practitioner operating under the name Trunnell Law, LLC. His practice areas include criminal, traffic, juvenile, domestic relations, and personal injury law. He also practices estate planning and administration, and has a significant mediation practice, which includes both court ordered and private meditations. Throughout his 31-year legal career, Trunnell has worked primarily as either a solo practitioner or at small firms. He also spent six years as a prosecutor in Prince George’s County. He served as a law clerk to Judge Calvin R. Sanders, Circuit Court for Montgomery County from 1987-1988. He received his B.A. from Gettysburg College and his J.D. from the University of Maryland School of Law.

The other appointments listed in the announcement include:

“The appointment of these qualified individuals to serve across our state’s justice system is paramount to upholding our responsibilities to the people of Maryland and the rule of law,” said Governor Hogan. “I have every confidence that Mr. Biran, Mr. Trunnell, and Mr. Tanavage will continue to be strong advocates for the law and will serve the citizens of Maryland admirably.”