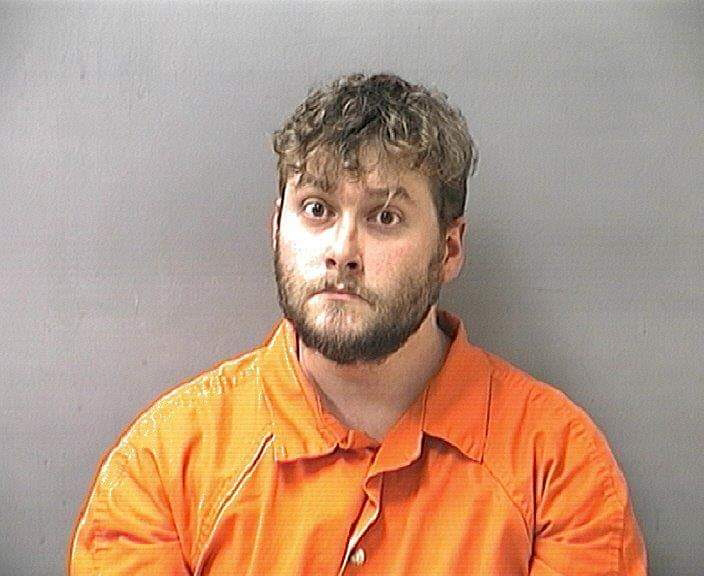 A 31 year old Florida man with ties to Maryland, who conspired with others in a failed attempt to kidnap five children and kill their parents, pleaded guilty today in U.S. District Court in Harrisonburg to a series of charges related to his conduct, United States Attorney Thomas T. Cullen and David W. Archey, Special Agent in Charge of the FBI’s Richmond Division, announced today.

“Although the facts of this case read like the script of a bad horror movie, the defendants’ murderous plot was real and it posed a grave risk to their intended victims,” U.S. Attorney Cullen stated today.  “I appreciate the diligence of the FBI and the Rockingham County Sheriff’s Office in investigating this case and bringing these conspirators to justice.”

“If not for the quick thinking of a parent, and the immediate dispatch and response of a Rockingham County Sheriff's Office deputy this incident could have evolved into something much worse,” Special Agent in Charge Archey said today. “We are grateful for the partnership of the United States Attorney's Office (WDVA) and the Rockingham County Sheriff's Office, and the assistance of our international partners regarding the work on this case.”

According to court documents, in 2014 Frank Amnott and his wife Jennifer Amnott befriended Valerie Perfect Hayes. Hayes consistently claimed to the Amnotts and others that she worked for the U.S. government and that her work included services for the intelligence community or some other clandestine capacity.

In July 2018, the Amnotts were living in Florida when they were contacted by Hayes, who was living with her boyfriend, Gary Blake Reburn, in Maryland.   Hayes claimed to the Amnotts that three of her children had been kidnapped and were in the custody of two separate Mennonite families in Dayton, Virginia.  Hayes asked the Amnotts for assistance in recovering these children, as well as two additional children. Hayes knew the Amnotts could not conceive their own children and promised that if they helped Hayes kidnap the children, then the Amnotts could keep one of the other children as their own.

Frank Amnott, Jennifer Amnott, Hayes, and Reburn devised a plan to travel from Maryland to Dayton, Va. to kidnap the children from these two homes.  To effectuate the kidnapping, the conspirators planned to kill the parents.  According to the plan, Hayes, Reburn, and Frank Amnott would enter the first house and hold the parents at gunpoint.  After the two children were secured by Hayes, Reburn and Amnott would execute the parents.  Then, they would drive to the second house, force entry, and perform a similar execution. In planning to kill the parents at both houses, the conspirators sought to eliminate witnesses to the abductions.  Afterwards, all of the children would be taken from Virginia to Maryland and the Amnotts would return to Florida with the child promised to them by Hayes.

On the evening of July 29, 2018, the conspirators put their plan into action. Jennifer Amnott remained in Maryland watching Hayes’ other children, but remained in contact, receiving updates from Virginia.  Hayes, Reburn, and Frank Amnott waited until the evening, at which time they drove to the first house.  There, Parents A and B, who are husband and wife, were preparing to retire for the evening while their two young children were already asleep.

Hayes approached the door, disguised in clothing to appear as a Mennonite.  After Parent A opened the door, the group forced their way inside and held Parent A at gunpoint.  With Parent A subdued, Hayes began to look for Parent B and the two children.  Unbeknownst to Hayes, Reburn, and Amnott, when they forced their way into the home, Parent B had grabbed the cordless phone and ran outside of the house, hiding in a cornfield near the home. Parent B dialed 9-1-1 to report the incident and a deputy with the Rockingham County Sheriff’s Office was immediately dispatched.

Inside the home, Amnott and Reburn took Parent A – at gunpoint – to the basement, where they bound his wrists together behind his back.  Reburn went upstairs as Amnott stayed and held Parent A at gunpoint.

Shortly after the 911 call, a deputy with the Rockingham County Sheriff’s Office arrived on the scene and was met by Parent B, who had emerged from the cornfield.  At the same time, Hayes, who was also outside the house and still disguised in Mennonite clothing, approached the deputy and falsely claimed to be a neighbor who was passing by and saw an armed man run inside the house. Parent B was confused and suspicious, as Hayes appeared to be the same woman who she saw at the front door and forced entry into her home. Reburn joined Hayes at the front of the house and the deputy told Parent B to go with Hayes and Reburn.   At the deputy’s direction, Parent B entered a vehicle with Hayes and Reburn, who drove her to a nearby convenience store and dropped her off.

Meanwhile, the deputy entered the house and located the children, who were unharmed and still in their bedroom.  The deputy proceeded to the basement where he encountered the defendant, Frank Amnott, holding Parent A at gunpoint in the basement. Amnott was taken into custody without incident.

Because their planned abduction and murders at the first house were thwarted by Parent B and law enforcement, the conspirators did not make their way to the second house as planned.  Instead, Hayes and Reburn returned to Maryland where they re-joined Jennifer Amnott.  In early August 2018, Hayes, Reburn, and Jennifer Amnott all fled the United States to the United Kingdom.

They have since been apprehended and are pending extradition to the United States.