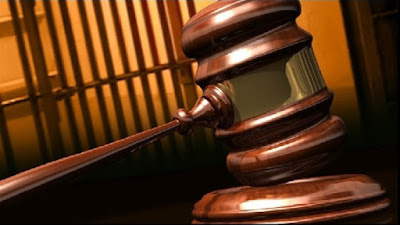 After a three-day trial and a full day of deliberation, a Prince George’s County jury found Prince George’s Police Department Lieutenant Richard Tallant guilty of second degree sex offense. Tallant, 46, is facing up to 20 years in prison. Sentencing is scheduled for April 30, 2020.
In the early morning hours of February 10, 2017, several officers were socializing in the parking lot of the Fraternal Order of Police (FOP). Since the FOP was closed, the victim went into the woods to relieve herself. A short time later, Tallant went after her, tackled her to the ground, used his body to pin her down and sexually assaulted her. The assault was interrupted by two other officers.
The PGPD Internal Affairs Division immediately launched an investigation and suspended Tallant’s police powers after learning of the allegations in April of 2019. PGPD brought the case to the Prince George’s County State's Attorney's Office for consideration of criminal charges following their internal investigation.
After a separate investigation by the State’s Attorney’s Public Integrity Unit, the case was presented to the grand jury, where Tallant was indicted.
“It is difficult for survivors of sexual assault to come forward. In this case, a police officer violated the trust of a woman he works with. This kind of behavior is unacceptable and will not be tolerated,” said State’s Attorney Braveboy. “No one deserves to be violated in this way. Lt. Tallant made a bad choice and will now be held accountable for his deplorable actions.”