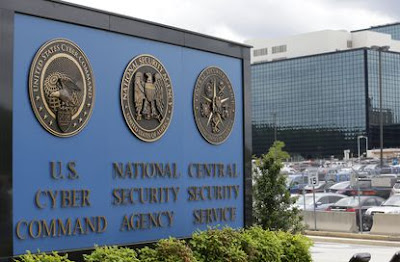 A federal grand jury has returned an indictment charging Melissa Heyer, age 44, of Gaithersburg, Maryland, with submitting false claims to the United States, specifically for claiming to have worked hours on a government contract when she allegedly was not at work.


Company A was a subcontractor for Company B, providing employees that performed national security duties for the Department of Defense (DOD).  From January 2017 until March 2019, Heyer worked for Company A, but was assigned on a day-to-day basis to work for the DOD on national security matters at the National Security Agency (NSA), in Fort Meade, Maryland.
According to the five-count indictment, from January 2017 through March 2019, Heyer held a Top Secret-Sensitive Compartmented Information (TS/SCI) security clearance and performed her duties for Company A and the DOD at a sensitive compartmented information facility (SCIF) at the NSA facility where she worked.  She used a badge reader to gain access to the SCIF.  The indictment alleges that on at least five occasions between January 2017 and March 2019, Heyer falsely represented to her employer that she had been working at the NSA SCIF when she was actually elsewhere.  Heyer allegedly caused false claims to be submitted to the DOD that resulted in the government paying more than $100,000 to Company A, Company B, and Heyer, to which they and Heyer were not entitled.
If convicted, Heyer faces a maximum sentence of five years in prison for each of the five counts of making a false claim.  Actual sentences for federal crimes are typically less than the maximum penalties. A federal district court judge will determine any sentence after taking into account the U.S. Sentencing Guidelines and other statutory factors.  At today’s initial appearance in U.S. District Court in Baltimore, Chief U.S. Magistrate Judge Beth P. Gesner ordered that Heyer be detained pending a detention hearing scheduled for Wednesday, December 11, 2019.