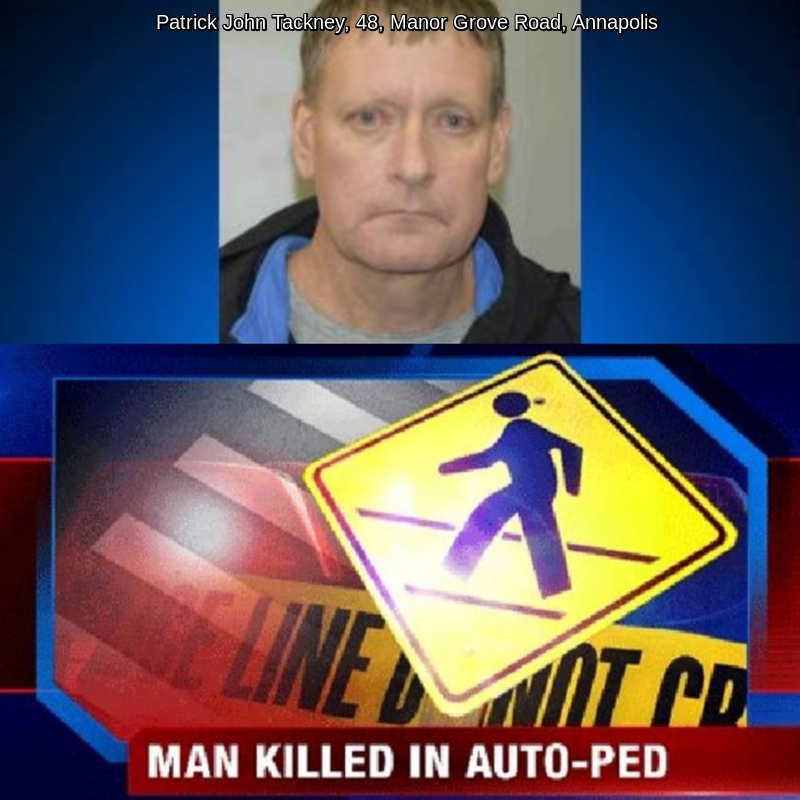 Officers from the Annapolis Police Department are investigating a fatal traffic collision involving a pedestrian.
Yesterday at 6:23 p.m., officers responded to a motor vehicle collision on West Street near 1950 West Street. Preliminary investigations indicate the driver (Patrick Tackney, 48, of Annapolis) of the vehicle (2002 Chevrolet Tahoe), was leaving the driveway of a group of businesses at 1950 West Street to turn right, westbound on West Street. At the same time the pedestrian, Ernest Powell, was walking on the sidewalk eastbound along West Street across the same driveway.
The Chevrolet struck Mr. Powell and then turned into the parking lot of the business at 1952 West Street. Mr. Powell sustained serious, life threatening injuries and was transported to an area hospital for treatment. Mr. Powell died from his injuries.
Witnesses prevented the driver, Tackney, from leaving the scene of the accident. Tackney was arrested and charged with negligent manslaughter, driving while impaired and multiple additional related charges. Tackney is being held at the Jennifer Road Detention Center without bond.
If you have any information about this incident please contact Officer Dekowsky at 410-268-9000 or dmdekowsky@annapolis.gov.