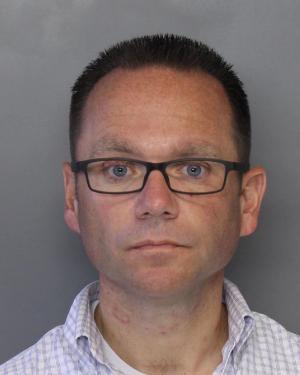 The former pastor of a Dundalk church pleaded guilty fourth-degree sex offense and second-degree assault yesterday.
According to the informatiom released by law enforcement in August, Baltimore County Police charged Cameron Shane Giovanelli, former pastor at Calvary Baptist Church in Dundalk, with a number of sexual assault charges stemming from a case involving a then 17-year-old student.
Giovanelli (42) now residing in Orange Park, Florida, was initially charged with the sexual abuse of a minor, perverted practice, and a 4th degree sexual offense stemming from illegal sexual contact he had with a student at the school between January and August of 2007. Police reported back in August that abuse of the student began with unsolicited kissing and progressed, taking place nearly daily either within the school offices on church property or at other off-property locations.
An investigation was opened in May of 2018 when the victim reported the abuse to police. The completed investigation was submitted to the Office of the State's Attorney at which time the decision was made to charge Giovanelli.
Giovanelli will serve 90 days in the Baltimore County Detention Center, five years probation in Florida, where he lives now — but will not have to register as a sex offender.
Giovanelli had faced up to 78 years in prison if he was convicted of all 12 counts. With this plea agreement, 10 of those counts will be dropped.