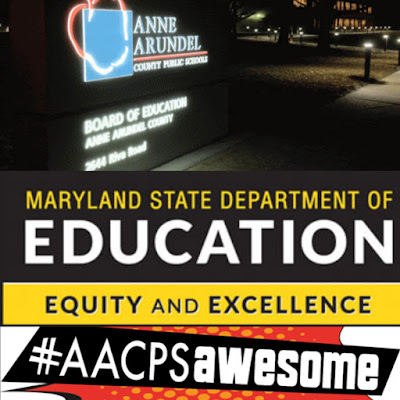 Seventy-three county schools – nearly 65 percent of those assessed under the Maryland Report Card five-star accountability system – increased their rating in the 2018-2019 school year, with 20 of those moving up two stars, according to data released by the Maryland State Department of Education today. Overall, 62 percent of AACPS schools earned four or five stars, and 95 percent earned three or more stars.

“This is a reflection of the tremendous work our incredible employees in classrooms, leadership and support roles continue to do at every level by focusing on every single individual student,” Superintendent George Arlotto said. “While we anticipated increases related to the elementary curriculum piece, these results surpass that. We quadrupled the number of five-star schools in our county and doubled the number of four-star schools.”

The ratings, calculated from data collected during the 2018-2019 school year, are the second issued using the metrics that are part of Maryland’s accountability system under the Every Student Succeeds Act (ESSA). The Report Card incorporates multiple indicators of school performance and calculates them into a final score to arrive at a rating of one to five stars. While the specific indicators vary between the elementary, middle, and high school levels, a school’s score generally includes: academic achievement; academic growth; school quality, which includes attendance, climate, and access to a well-rounded curriculum; college and career readiness; and the progress of English Language Learners.

Schools that do not meet the minimum requirements for accountability were not rated as part of the Maryland Report Card. In Anne Arundel County, those schools are: