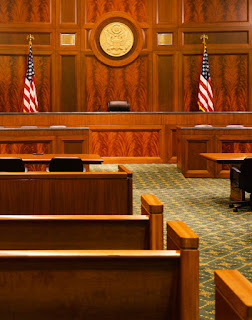 MS-13, or 'Mara Salvatrucha' is an international criminal gang that originated in Los Angeles, California, in the 1970s and 1980s, according to InsightCrime.Org.

“MS-13 is ravaging communities throughout Maryland with senseless acts of violence,” said U.S. Attorney Robert K. Hur.  “This defendant participated in a horrifying series of violent crimes and now faces about 30 years in federal prison.  Working with our state and local partners, and using the tools of our Organized Crime Drug Enforcement Task Forces, we will prosecute gang members who prey on our neighbors.  We will not rest until we dismantle this organization to make Maryland safer.”

“Taking violent offenders off the street should send a message to MS-13 members and their associates that violence and senseless murder will not be tolerated in Maryland,” said FBI Baltimore Special Agent in Charge Jennifer Boone. “The FBI and our local, state and federal partners will continue to aggressively pursue MS-13 gang members wherever they surface and we are steadfast in making our communities a safe place for our citizens.”

“The violence and fear MS-13 inflicts upon the community is unacceptable,” said John Eisert, special agent in charge for HSI Baltimore. “HSI will continue to work towards safer streets through collaboration with our law enforcement partners to combat and dismantle criminal gangs like MS-13.”

MS-13 is a national and international gang composed primarily of immigrants or descendants from El Salvador.  Branches or “cliques” of MS-13, one of the largest street gangs in the United States, operate throughout Frederick County, Anne Arundel County, Prince George’s County, and Montgomery County, Maryland.  Brizuela was a member and associate of the Fulton Locotes Salvatrucha clique of MS-13.

At all times of this conspiracy, members of MS-13 were expected to protect the name, reputation, and status of the gang from rival gang members and other persons.  To protect the gang and to enhance its reputation, MS-13 members were expected to use any means necessary to force respect from those who showed disrespect, including acts of intimidation and violence.  MS-13 had mottos consistent with its rules, beliefs, expectations and reputation including “mata, viola, controla,” which translates as, “kill, rape, control,” and “ver, oir y callar,” which means, “see nothing, hear nothing and say nothing.”

MS-13 members are required to commit acts of violence both to maintain membership and discipline within the gang, as well as against rival gang members.  Participation in criminal activity by a member, particularly in violent acts directed at rival gangs or as directed by gang leadership, increase the respect accorded to that member, resulting in that member maintaining or increasing his position in the gang, and opens the door to a promotion to a leadership position.  One of the principal rules of MS-13 is that its members must attack and kill rivals often referred to as “chavalas,” whenever possible.

According to Brizuela’s plea agreement, beginning in 2015 Brizuela conspired with other MS-13 members and associates to engage in racketeering activity including murders, conspiracies to commit murder, attempted murders, extortion, robbery, and drug trafficking, in order to further the interests of the gang.

Specifically, on April 7, 2015, MS-13 members and associates murdered Victim 1, whom they believed to be a rival gang member, with Brizuela’s knowledge and permission.  MS-13 members identified Victim 1 at a restaurant in Frederick, Maryland, then called Brizuela to inform him that they had a potential victim.  Brizuela contacted other gang leaders to get approval to kill Victim 1 and arranged for another gang member to participate in the murder of Victim 1.  MS-13 members lured Victim 1 to a wooded area in Frederick, where they disabled Victim 1 by hitting him in the head with a rock, then struck him repeatedly with a machete and a knife until he was dead.  During the course of the attack, they contacted Brizuela on the phone to confirm that they should complete the murder of Victim 1 and Brizuela confirmed that they should kill Victim 1.  The next day, MS-13 members buried Victim 1 in the woods near the site of the murder, where his body was ultimately recovered.

Brizuela admitted that on May 10, 2015, he and other MS-13 members kidnapped Victim 2, who had stopped making his required extortion payments to the gang.  Brizuela and the other MS-13 members forced Victim 2 into a car at gunpoint and took him to a wooded area.  Although the plan was to kill Victim 2, Brizuela and other gang members got approval from gang leadership to let Victim 2 live, after he agreed to pay the gang immediately.

In August 2015, MS-13 members and associates sought—and received—the approval of Brizuela to murder Victim 3, whom they believed to be a rival gang member.  On August 28, 2015, after previously conducting surveillance of the residence where Victim 3 lived with his girlfriend, Victim 4, the MS-13 members and associates entered the apartment and waited there for the victims to return.  After the victims returned to the apartment, three gang members attacked Victim 3 and Victim 4 with machetes and knives.  Although both victims survived, the attack on Victim 3 left him with both hands nearly severed, and severe wounds to his face and torso.  He still has no use of one hand and limited use of the other.  Following the attempted murder, gang members contacted Brizuela and others to report that Victim 3 had been killed.

Brizuela and the government have agreed that, if the Court accepts the plea agreement, Brizuela will be sentenced to between 29 and 36 years in federal prison.  Chief U.S. District Judge James K. Bredar has scheduled sentencing for February 10, 2020 at 10:00 a.m.

A total of 29 defendants have been charged in this case with participating in a racketeering conspiracy and/or other crimes related to their association with MS-13, including 18 defendants charged in the fifth superseding indictment filed on October 21, 2019.  A total of 13 defendants, including Brizuela, have pleaded guilty to crimes related to their participation in MS-13 gang activities.