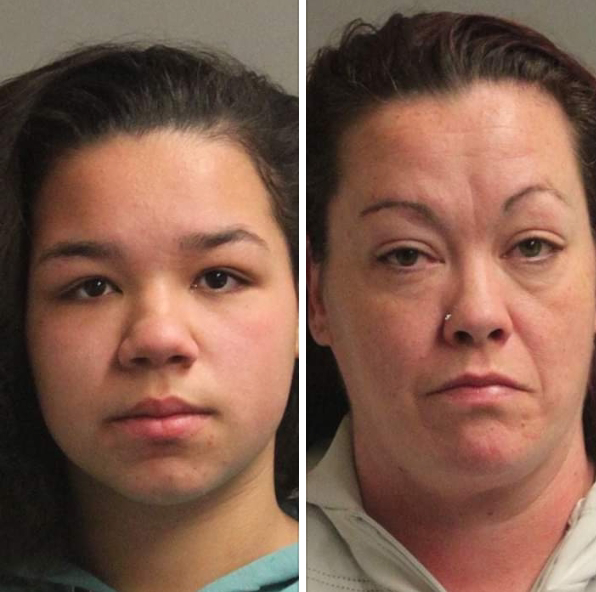 On Saturday, July 27, 2019 at approximately 9:28 a.m., the Anne Arundel County Police and Fire Departments responded to the 7900 block of Chesapeake Drive, Orchard Beach, Maryland for a nine month old male infant in medical distress. The infant was transported to the Baltimore Washington Medical Center for further medical treatment. Life saving measures were continued at the hospital until 10:19 a.m. where the infant, identified as Niyear Taylor of the 7900 block of Chesapeake Drive, was pronounced deceased.
Homicide Detectives and the Evidence Collection Unit responded to the scene. Detectives conducted interviews with several family members that resided within the residence with the baby Niyear. Preliminary investigation advised the infant had been “wheezing” while breathing but had went to bed at approximately 2:00 a.m. At approximately 9:15 a.m. the mother and grandmother, who were co-sleeping with the infant, found the baby unresponsive and called 911.
The Office of the Chief Medical Examiner performed an autopsy on the infant. Upon conclusion of the autopsy and subsequent toxicology examinations, it was confirmed Fentanyl and Morphine were present in the infant’s blood, liver, and stomach contents. Due to further testing the OCME confirmed through toxicology that the infant had ingested Heroin and Fentanyl. The OCME ruled the infant’s cause of death as Fentanyl and Heroin intoxication with Despropionyl Fentanyl use with the manner being homicide.
On Wednesday, August 14, 2019 at approximately 9:00 a.m., detectives with the Homicide and Fatal Overdose Units executed a search warrant at the infant’s residence located in the 7900 block of Chesapeake Drive. During a search of the residence empty capsules with trace powdery substances were located in every room throughout the entire house. Upon completion of the search warrant over one hundred gel caps were recovered from the floor, the infant’s diaper bag, and various other areas within the residence. The recovered gel caps were examined by the Anne Arundel County Police Controlled Dangerous Substance Lab. Upon conclusion the capsules recovered from the mother’s bedroom tested positive for both Heroin and Fentanyl.
Through more investigative interviews, detectives learned the grandmother of the infant, identified as Laurie Ann Taylor, a forty three year old female from the 7900 block of Chesapeake Drive, drove her two daughters and baby Niyear to Baltimore City to purchase Heroin on Friday, July 26, 2019. In doing so the grandmother, Laurie Taylor, purchased four heroin capsules to share them with her two daughters. Laurie Taylor advised upon returning home one Heroin gel capsule was missing. It was learned the three of them looked extensively for the missing heroin gel cap but it was never located.
Since the gel cap was missing Laurie Taylor then drove her seventeen year old daughter, Alexus Lorraine Taylor of the 7900 block of Chesapeake Drive back to Baltimore City to purchase additional Heroin. Upon returning home at approximately 1:00 a.m. on the morning of July 27, 2019 they noticed the infant breathing oddly. Laurie Taylor stated she questioned whether or not the infant had ingested the heroin capsule but after discussing medical care for baby Niyear with Alexus, the infant’s mother, they decided to take a “wait and see” approach. Within hours Alexus and Laurie Taylor found baby Niyear unresponsive.
The Homicide Unit has been working in conjunction with the Anne Arundel County State’s Attorney’s Office for several months in regards to the homicide investigation of baby Niyear. In doing so on the morning of Thursday, December 5, 2019 Alexus, the mother, and Laurie Taylor, the grandmother, of the deceased baby Niyear were taken into custody without incident at their residence. In regards to the homicide of baby Niyear, Alexus Taylor was charged with First Degree Child Abuse resulting in death, Second Degree Child Abuse, Manslaughter and Reckless Endangerment. Laurie Taylor was charged with the same charges in regards to the homicide of baby Niyear but also two counts of Reckless Endangerment in regards to her child, Alexus Taylor.
The Anne Arundel County Police and State’s Attorney’s Office is aware of the opioid epidemic facing this county and our nation. Since April 20, 2017, a new pilot program, “Safe Stations”, was implemented in response to the growing opioid epidemic and the Governor’s declared State of Emergency. Safe Stations allows persons with substance use disorders, who are looking for treatment, to walk into a police or fire station and request assistance with no fear of legal ramifications.
Once at the station, the individual will be given a medical assessment by emergency medical services. If they do not need immediate medical attention, a Crisis Response Team is contacted to provide further access to the individual for treatment and follow-up care. If the individual does require immediate medical attention, they are transported to the emergency department by EMS and a Mobile Crisis Team will meet the individual in the hospital. In 2019 one thousand and seven (1007) individuals have utilized Safe Stations to obtain treatment in regards to their opioid addictions.
Even though arrests have been made this is a very active investigation. The Anne Arundel County Police are urging anyone with information to come forward by calling the Anne Arundel County Homicide Unit at 410-222-4731. If people with information wish to remain anonymous they can also contact the Anne Arundel County Police Tip Line 410-222-4700 or Metro Crime Stoppers at 1-866-7LOCKUP or Download P3Tips APP and Submit Your TIP or submit by web at www.metrocrimestoppers.org.