25 Correctional Officers Indicted for Alleged Use of Excessive Force; Tactical Unit Officers face 236 counts, including first and second-degree assault,conspiracy, and misconduct in office 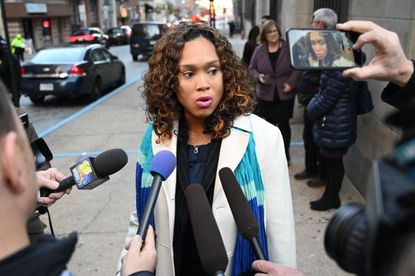 The Maryland Department of Public Safety and Correctional Services (DPSCS) and the Baltimore City State’s Attorney’s Office today announced the indictments of 25 correctional officers, who are charged with using excessive force on detainees at state-operated Baltimore pretrial correctional facilities. The accused officers have all been out of the facilities on administrative leave prior to these charges being filed.  They will be suspended without pay pending the outcome of their trials. In all, the officers face 236 counts, including first and second-degree assault, conspiracy, and misconduct in office.
DPSCS initiated the investigation in 2018 after receiving information that unnecessary force may have been used in a single case. The investigation quickly broadened and includes incidents which occurred as far back as 2016.  The DPSCS Intelligence and Investigative Division’s (IID) team of detectives poured through records and surveillance videos for several years’ worth of cases, interviewing dozens of staff and detainees.  They discovered multiple instances where detainees at different facilities were allegedly treated improperly.
"From the first day of our administration, we have been working diligently to root out wrongdoing and corruption no matter where it is taking place, including in the state’s correctional system," said Governor Larry Hogan. "With this latest round of indictments, our anti-corruption actions have led to the arrests and convictions of over 200 officers, inmates, and citizen accomplices. We are again making clear that we have absolutely no tolerance whatsoever for corruption of any kind in our state prison system or anywhere else in state government."
The Hogan Administration also was behind strengthening state gang statutes that were applied by the State’s Attorney’s Office in this case.
“This case represents our strong effort to root out people who don’t belong in a field where public safety and rehabilitation is the mission,” said DPSCS Secretary Robert Green, a 34-year veteran of corrections. “This disturbing case should not cast a shadow on the commitment and integrity of the exceptional correctional professionals in the department. We will not tolerate unnecessary force against detainees or inmates, just as we will not tolerate violence against our correctional staff.”
“Today’s indictment demonstrates my office’s commitment to ensuring one standard of justice for all regardless of one’s race, sex, religion, or occupation. If you break the law, and break the trust and authority the public has placed in you, you will face the consequences,” said Baltimore City State’s Attorney Marilyn Mosby.
Under the Hogan Administration, DPSCS has more than doubled the number of Intelligence and Investigative Division detectives within the Department, increasing its ability to investigate crime within corrections and the other Public Safety agencies. DPSCS detectives have full police powers.
“This is a very conscious and deliberate part of our public safety work within the Department of Public Safety and Correctional Services,” said Secretary Robert Green. “Governor Hogan has made this a priority of his administration from day one. That mission includes working every day to assure that those incarcerated within our system are treated with dignity and respect, that our correctional professionals are supported when acts of violence are committed against them, and that inmates and detainees are not able to continue the criminal enterprises which brought them to our system.”
“The correctional officer’s badge is a badge of honor,” added Secretary Green. ”The profession is essential public safety work. We take an oath to protect and serve, and will not tolerate those who tarnish the badge and bring dishonor to the profession.  We have 8,000-plus employees, dedicated men and women who do incredible work every day under difficult circumstances.”