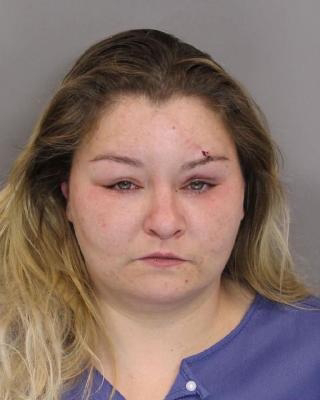 Police have charged with driver responsible for the crash that resulted in the death of a 15-year-old, in Dundalk.
Jennifer Jean Jones, 30, of the 300-block of Chalet Drive, 21108, has been charged with negligent manslaughter by vehicle.
Jones is currently being held at the Baltimore County Department of Corrections, on denied bail status.
Just after 5:30 p.m. on December 3, 2019, Baltimore County Police responded to Delvale Avenue at Martell Avenue, 21222 for a pedestrian crash. Officers conducted their investigation and determined that a 2006 Nissan Altima was traveling north on Delvale Avenue when the car drove onto the sidewalk. The car then struck a pedestrian walking on the sidewalk. The pedestrian has been identified as Trinity Lynn Brooks, 15, of the 1800-block of East Avenue, 21222. Trinity was later pronounced deceased by Baltimore County Fire Department personnel.