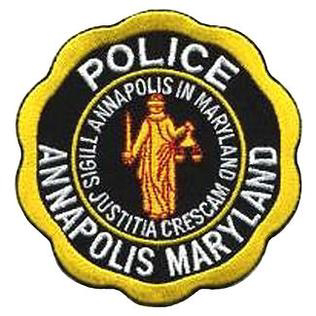 Annapolis Police are investigating a shooting incident off of Forest Drive and Tyler Avenue which resulted in a moving vehicle being struck multiple times.
On February 16 at 3:45 p.m. officers responded to the area of Forest Drive and Tyler Avenue for a report of a vehicle struck by gunfire. Officers located an SUV with three occupants that had been traveling on Forest Drive westbound near Tyler Avenue when it was struck by gunfire from an unknown source. The three occupants of the vehicle, two adults and a four year old child, were not injured, though the vehicle was struck by bullets multiple times.
Detectives are investigating this shooting. At this time detectives believe that the vehicle was not the intended target of the shooter. This is an active and fluid investigation and we urge anyone with information about this incident to contact our detectives at 410-260-3439. You can also call Metro Crime Stoppers at 1-866-7LOCKUP and submit an anonymous tip.  If your tip leads to an arrest or indictment you may be eligible for a cash reward of up to $2,000.