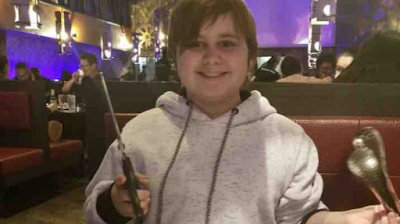 A GoFundMe account has been set up for the family of Jason Adams, a former Severna Park Middle School student who died unexpectedly this weekend.

"He was the most outgoing, kind hearted kid who would do anything for anyone," the fundraiser description reads. "We ask for prayers and donations to give him the best possible last goodbye we can."

Jason was found unresponsive at home on early Sunday morning.  911 was called and CPR began immediately, according to the information listed in the fundraiser.  Unfortunately, efforts to resuscitate Jason were unsuccessful. "Paramedics arrived...but it was still too late. Jason had unexpectedly lost his life far too soon. "

In a letter released on Severna Park Middle School's website, Principal Dennis Kelly said Jason was a sixth grade student at the school until last month. 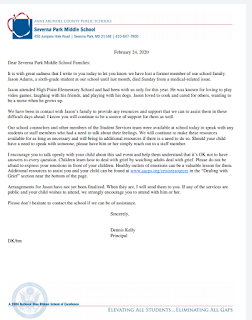 "Jason attended High Point Elementary School and had been with us only for this year," Principal Kelly wrote in the letter.  "He was known for loving to play video games, laughing with his friends, and playing with his dogs. Jason loved to cook and cared for others, wanting to be a nurse when he grows up."

Information pertaining to the cause of death and funeral arrangements is not yet available.

To donate, visit: Help the Family of Jason Adams with Funeral Expenses

To read the previous article, click the link below: