Former Baltimore Police Detective Sentenced to 18 Months in Federal Prison for Lying to a Federal Grand Jury; Lied About Assisting a Member of the Baltimore Police Gun Trace Task Force to Plant a Gun at the Scene of an Arrest 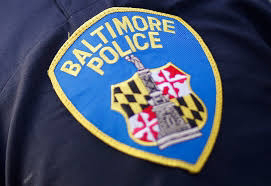 U.S. District Judge Catherine C. Blake today sentenced former Baltimore Police Detective Carmine Vignola, age 35, of Thurmont, Maryland, to 18 months in federal prison, followed by two years of supervised release, for making false statements to the grand jury, in connection with the planting of evidence at a crime scene.
“Prosecuting criminals who work in police agencies is essential both to protect our communities and to support the many honorable officers whose reputations they unfairly tarnish,” said U.S. Attorney Robert K. Hur.
“The public deserves law enforcement officers committed to serve and protect with honesty and integrity,” said Special Agent in Charge Jennifer C. Boone.  “This individual and his conspirators violated their sworn duties to uphold the law, abusing their positions of trust.  Together with our law enforcement partners, FBI Baltimore will continue to investigate and hold accountable those who violate the laws they have sworn to uphold.”
Carmine Vignola joined the Baltimore Police Department (BPD) as an officer on September 4, 2007, and was promoted to Detective on March 20, 2014.  In March 2014, Vignola served on a Special Enforcement Section (SES) unit assigned to BPD’s Western District.  Officer 2 was Vignola’s partner and Sergeant Keith Gladstone was the officer-in-charge.
According his plea agreement, on the evening of March 26, 2014, Vignola, who was on duty, was having dinner with Gladstone when Gladstone received a call on his cell phone from W.J., who had just run over an arrestee, D.S., in the front yard of a home in Northeast Baltimore.  Gladstone asked Vignola if he had a BB gun.  Vignola advised that he did not and Gladstone asked Vignola to call his partner to ask him if he had a BB gun. Vignola then called Officer 2, who was not working that day, and learned that Officer 2 had a BB gun at his home.  Gladstone and Vignola drove to Officer 2’s home and retrieved the BB gun.  Vignola and Gladstone then drove to the site of D.S.’s arrest on Anntana Avenue and Belair Road in Northeast Baltimore City.  Vignola understood that Gladstone had retrieved the BB gun so that Gladstone could plant it at the scene of D.S.’s arrest in an attempt to justify W.J. running D.S. over.  Once there, Gladstone exited the vehicle and headed toward the scene.  Vignola exited the vehicle but remained near it.  Gladstone subsequently returned to the car, without the BB gun, and he and Vignola left the scene.
D.S. was subsequently charged in Maryland state court with possession, use, and discharge of a gas or pellet gun, for the BB gun that Gladstone planted at the scene of D.S.’s arrest, and a number of drug offenses.  D.S. was detained on those charges until at least April 2, 2014.  On January 16, 2015, the charges were disposed of by nolle prosequi, which is a form of dismissal.
As detailed in his plea agreement, on March 1, 2017, W.J. and six other officers who had been members of the BPD’s Gun Trace Task Force (“GTTF”) were arrested on federal racketeering charges.  Thereafter, it became public that multiple GTTF defendants were cooperating and providing information to the United States in an ongoing investigation.
In January 2018, Vignola and Gladstone arranged to meet in person.  In order to avoid detection, they arranged the meeting using their wives’ cell phones.  Gladstone arranged for the meeting to take place in a swimming pool, to ensure that Vignola was not wearing a recording device.  Once Gladstone and Vignola were in the swimming pool, Vignola asked Gladstone words to the effect of, “do you have anything to worry about now, you know, since [W.J.] was arrested, do you have any concerns?” Gladstone responded that the only thing he was worried about was the incident on “Bel Air Road,” which was a reference to the arrest of D.S.  Gladstone told Vignola that if he was brought in for questioning by federal law enforcement or prosecutors who had investigated the GTTF, that Vignola should lie about being at the scene and about obtaining the BB gun from Officer 2.  Specifically, Gladstone said to tell investigators that he and Gladstone were there for “scene assessment” and that Gladstone had taken the gun from his, Gladstone’s, trunk.  Vignola knew that neither of those statements were true because they had not provided any scene assessment and Gladstone and Vignola had obtained the BB gun from Officer 2.
On February 13, 2019, Vignola testified before a federal grand jury in Baltimore that was investigating allegations that the BB gun recovered at the scene of D.S.’s arrest had been planted there by law enforcement.  Vignola falsely testified that at Gladstone’s request he called his partner to see if he had a BB gun, but his partner did not, and that after that Gladstone went into the trunk of his vehicle.